Staff View: We Can’t Hear You – The Viking Magazine

Staff View: We Can’t Hear You 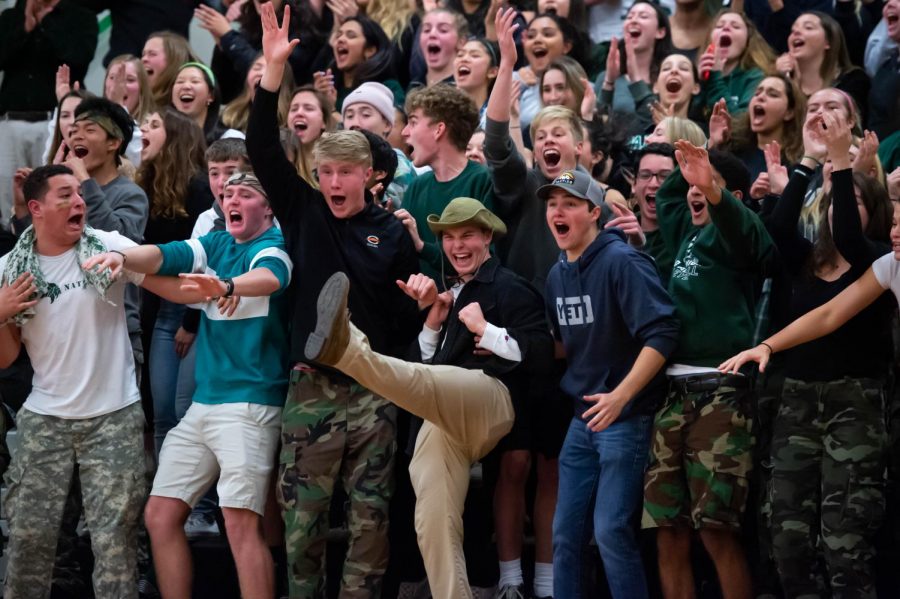 The Paly varsity football team is playing league rival Wilcox High School in a tightly contested matchup. Everything from a traditional Friday night high school football game is there: the band, the pumped players, the lights, and the action in the game. However, they are missing one key component: the rowdy student section.

Recently, Paly Athletics have been struggling with a low number of students showing up to games to cheer on their peers. This is not only noticeable in sports with traditionally high attendance, like football, but also in sports such as volleyball and water polo. In order to encourage more students to cheer on their peers, Paly should enact a rewards system for students who show up to Paly sporting events.

This could work in one of two ways. Individual game attendance could be tracked, and then going to the most games would mean that you would win some sort of prize at the end of the year, or incentives could be given for going to a game, such as raffling off prizes, or inviting fans to participate in a competition during half-time.

“I think that promotions like student half-time shows and half court shots for a gift card would be a good option,” Teddy Butler (20) said.

These half time events can draw in larger crowds for a relatively low cost, potentially even allowing sports teams to get more money with the increase in attendance. The extra revenue would likely offset the cost of any rewards, so there would be no burden of cost to Paly or to MAC Boosters. Most importantly, though, teams will be receiving more support in their games, which could be the difference between winning or losing a close game.

The school should also implement a rewards system for attendance, so that students will be going to a variety of games to cheer on all of the athletes. At these events, an administrator or volunteer could check students into the game when they buy their ticket, similar to checking into Tutorial with a scanner. Students who go to the most games will be rewarded at the end of the season or year, and rewards could be gift cards or free tickets to games. A system like this is very common at universities such as Alabama and North Carolina, where the fans are known for their intense spirit and the athletics are top-tier. To prevent students from checking in and then leaving immediately, students could be checked out of the event once the game is over.

“I think that the student prize system is a great way to create incentives for students to come to games, yet hard to execute,” Haley Chalmers (‘17), a junior at the University of Alabama said. “A few of my friends have gone to more games because of it.”

Those who are against the proposal believe that it is too costly to create such a system, and that students would not go anyway. Although it would be time consuming and costly to check students in and to organize the halftime events, it still will be worth it. Having an increase in attendance means that more students will be paying for admission into games, and more money will be made. Paly’s athletic reputation could also become better with more fan attendance, since playing at Paly would mean dealing with an ecstatic fan base.

According to Chalmers, at Alabama, students still cheat the system. “You have to stay until the fourth quarter to get the benefits,” Chalmers said. “Since the app uses location services on your phone, people will give their phones to friends in the game to make it seem like they’re in the stadium and gain those benefits.”

A better solution to this system that can be applied to Paly would be to have the check-in be by a person with IDs rather than a location-tracking app. This system would be impossible to do on as large of a scale as a university but is reasonable to do for a high school.

Ultimately, fans represent the sixth man for most teams. They’re an essential presence to boost team morale, and the atmosphere at a game with empty stands is vastly different from that of one with packed stands. It’s time for Paly to take action: save our spirit.

Staff View: We Can’t Hear You