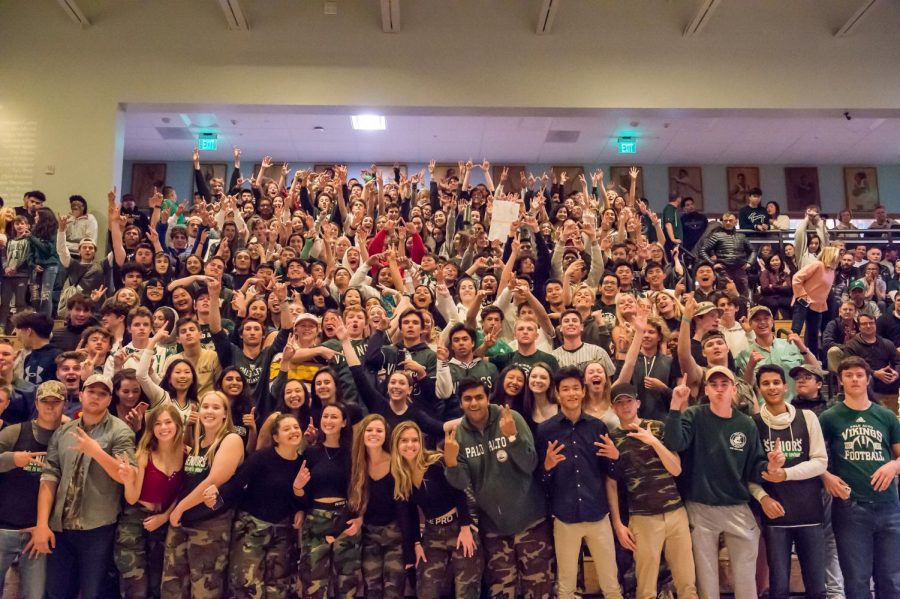 As the coronavirus spreads, creating a confusing and uncertain future especially for sports, it is important to look back at the journey our Vikings athletic teams have had this year.

This journey started in the fall, as we saw seven of our eight sports teams qualify for CCS and two of the teams bringing home the championship.

The girls cross country team which was led by two seniors, Miranda Jimenez and Ella Ball, but had contributing members from other classes, won CCS comfortably before traveling to Fresno for the state championship meet where they finished in eighth place. The other CCS winner was the girls golf team, who had a historic season. Not only did the girls win CCS by a wide margin, the Vikings snapped a 15-year SoCal champion streak and  ended up winning the state championship by eight strokes. Although they did not win a CCS championship, the girls volleyball team had an impressive run, sweeping league play and qualifying for CCS open division before making a run in the state tournament. Although the Vikings were under a new coach, the program continued its dominance, ending with a record of 22-8. Like the girls volleyball team, the boys football team continued to strengthen the program second year head coach Nelson Giffen has established. Going 7-5 and making the CCS playoffs, the Vikings found themselves as the 6th seed having to play 3rd seed Palma. Despite being the lower seed, the Vikings managed to pull off an upset victory, making it to the CCS semi finals before losing to Oak Grove.

As the fall season came to an end, winter sports emerged and quickly continued on the success that the fall sports had ended with, having five out of the six winter sports eventually making CCS. Wrestling deserves significant recognition for their accomplishments this year. Although not as popular within the Paly community, we saw our Vikings have an outstanding year. We saw Adar Shwarzbach win an individual CCS championship before attending the state championship wrestling meet. We also saw our girls soccer team make strides this season. After not making CCS last year, the Vikings not only made CCS, but went on a two-game playoff win streak to advance to the CCS semifinals. In the world of basketball, we saw our girls basketball team have another extraordinary season. After finishing second place in league, the Vikings made a run in the CCS tournament, where they finished in second place. From there they entered the state playoff tournament as the sixth seed and won their first game before losing to Los Gatos. With no seniors on the team and still finishing with a 19-9 record, the Vikings look to be in good position for a playoff run next year. We end with the boys basketball team. Although the Vikings saw their third head coach in three years, the team looked to continue the winning culture that previous coach Peter Diepenbrock had established. With a good amount of returning players and a coach that was part of the program the previous year, the Vikings looked stronger than the year before. Although the team saw a few of their players go out with injuries, they were able to maintain a 15-game win streak going into the CCS playoffs where they beat Sequoia for the second time this season. The boys saw their season end in the state tournament where they lost to 16 seed Wood.

As the spring season started we saw a pandemic sweep the world, changing our everyday lives and canceling the sports we love to play and watch. To the seniors who may never suit up again, look back on everything you accomplished during your years here. To the freshman, sophomore and juniors, play each game like it’s your last as you never know what the future holds.