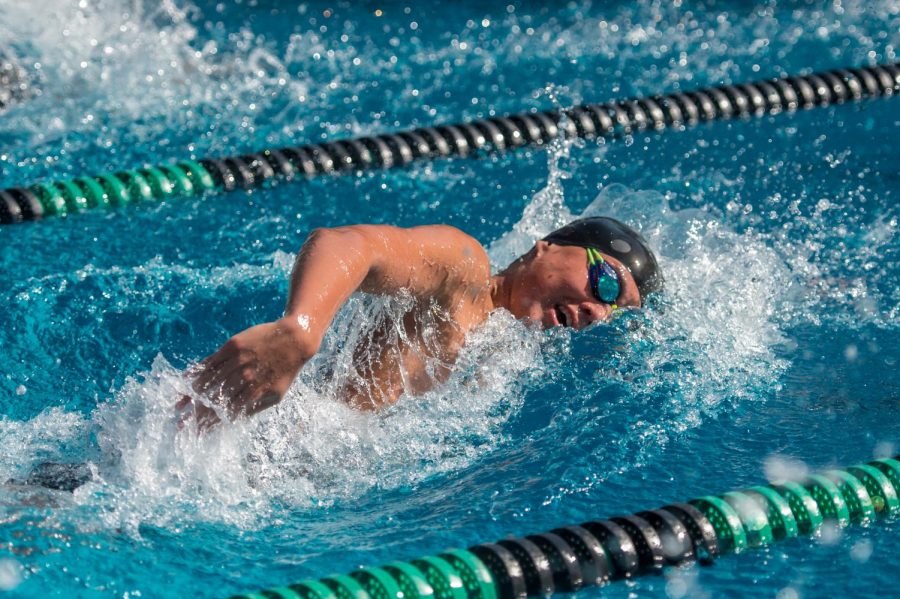 A highly unusual league schedule awaits the boys and girls swimming and diving teams. Rather than begin competition in mid-February as many other sports, head coach Danny Dye opted to hold out on competitions until late March with the hope that swimmers could compete in the CCS meet with times swam during the CCS qualifying period (Mid-March to Late-April). The bold move was made with the intention of giving the teams a shot to win CCS and generally forfeit league competition. The boys and girls teams have both been dominant in recent years in league play, but it has been five years since the girls took home a CCS title and the boys have never won, despite numerous near misses. The new schedule will involve three consecutive meets swum Wednesday, Thursday, and Friday on the week of March 22nd. While the outcome of the meets is not particularly important to the teams, the stakes will be high as athletes push for their individual CCS cuts with the hope that they will be able to compete.

The boy’s swim and dive team for Paly is optimistic about their chances of winning the first CCS title in program history.  Returning seniors James Fetter and Matthew Clark will lead the team in relays and sprinting respectively, while juniors Harrison Williams, Yurak Jung, and Eric Gabbasof return as key competitors. The key to success for the team won’t be individual performances, by the depth provided by the numerous strong swimmers on the team. If the CCS competition occurs, the team is primed to score huge points in the relays. While some swimmers, such as Jung and Williams, are primed for top individual finishes, relay success or failure will ultimately dictate whether the team is successful in their pursuit of the title. Diving provides a welcome boost as senior and captain Jack Mumford looks to repeat his strong showings at CCS.

On the girl’s side, the team looks to compensate for a significant loss of talent from the 2020 class with a fast young team. The squad lost three key individual and relay components in Ashley Guo, Chesnie Cheung, and Amy Wu last year and although the incoming class of freshman is deep, they will be unable to fill the void of the lost swimmers. The team relies heavily on a strong sprint freestyle group spearheaded by sophomores Elizabeth Fetter, Alden Backstrand and Milla Cleveringa as well as upperclassmen Sophie Kadifa and Audrey Teo. While the loss of Guo and Wu presents space to fill in non-freestyle events, seniors Hana Erickson and Jules Steil will be a force in the 100 fly. On the diving side, junior April Wu and freshman Gali Nirpaz create a strong squad that will give the Vikes a welcome point boost. As a whole, the team is primed for a strong showing in the SCVAL league over the next three days.

Day 1, 2, and 3 Result Recaps will be posted following the meet.