From Center Court to Sidelines – The Viking Magazine

From Center Court to Sidelines 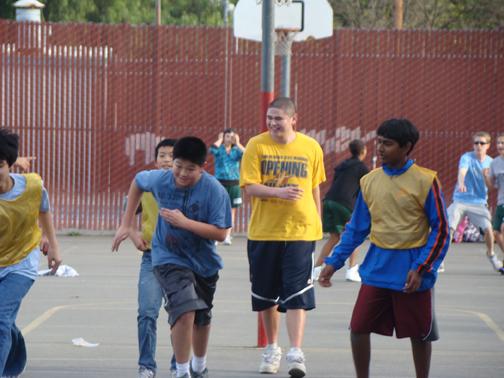 Nate Bills ('12) struts down the court with his players. "I couldn't have asked for a better opportunity," Bills said. Photo by Jacob Lauing

One year ago Nate Bills (’12) stood tall at center court in Palo Alto High School’s big gym, dressed in a full green and white uniform, post-warm-up sweat drops on his forehead, basketball at his side and ready to play, as he assumed the role of a captain and led the 2009-2010 frosh-soph basketball team to a league-best 24-0, undefeated season.

“Well [Nate] was a pretty reliable player,” Paly varsity basketball point guard and former teammate Alec Wong (’11) said. “You could always count on him not only for his play but also for his leadership.”

But deep inside a realization began to blossom, one that would drastically change both his athletic and personal life. Now Bills finds himself not too far from the action at center court, but in an entirely different position, the basketball previously in his hands has been replaced by a clipboard, the mesh uniform traded for a polo and slacks. The leadership, however, remains in full force, as he paces the sidelines and tackles the art of coaching youth athletics.

As if high school students did not have enough on their plate: school, athletics, extra-curricular activities, college preparation and having a social life can leave students with little time for anything else. Despite these prior engagements, some students have found time for another hobby: coaching youth sports. Different students have different reasons, but the question arises, why are students using their own talents to enlighten younger athletes? Perhaps it is the drive to stay connected to the sport they love, or the satisfaction of their own knowledge being passed down to a younger generation. Maybe coaching even helps the athlete understand the game better, by seeing it from a different point of view. Ultimately, these high school athletes, former or current, have purpose behind their new pursuits, and find delight in coaching the community’s youth.

“Do you wanna do push-ups right now or do you want to listen?”

Bills cracks a wide grin after keeping his players in check and re-establishing his place as the authority figure. At halftime, the Jordan Middle School boys seventh grade B basketball team is up 17-7, and with a quick run-through of their second half game plan, a set of five disciplinary push-ups and a “1 2 3 Jordan!” cheer, they re-enter the gym, where they would trounce JLS 38-17 for the victory.

To the kids, it marks just another win in a fun-filled, thrill-ride of a season. But to Coach Bills, this pure joy associated with playing competitive sports serves as a pleasant reminder of a fleeting feeling.

“It [varsity basketball] felt more like a lifestyle rather than an actual sport,” Bills said. “I view sports as a hobby and varsity was just work.”

Bills struggled to find the enjoyment he once had for basketball, so despite playing the game for more than half of his life and attending Paly’s pre-season Varsity workouts until November, he chose to end his competitive basketball career.

“At the varsity level, the fun that was there playing basketball for 10 years of my life was completely lost,” Bills said.

With the burden and stressful routine of a varsity athlete lifted off his shoulders, Bills immediately sought opportunities that would keep him connected to the game, but in a more relaxed environment.

Ryan Vertelney (’12) joined Bills, serving as assistant coach to the team, hoping it would provide an opportunity for community service and a chance to get out of the house.

“My parents wanted me to get off my butt and I thought it’d be a fun way to earn some community service hours,” Vertelney said. “I had always wanted to try coaching and this seemed like a great chance.”

Similar to Bills and Vertelney, Paly varsity soccer forward Emily Brown (’12) has also dabbled in athletics instruction, coaching an age seven and under boys American Youth Soccer Association (AYSO) team with fellow classmates Caroline Ebinger (’12) and Kirah Ingram (’12). After suffering a back injury over the summer, Brown was sidelined from playing any off-season soccer and Ebinger approached her with the possibility of coaching AYSO during the fall.

“I had never coached before,” Brown said. “So [Caroline] suggested that we try co-coaching, so we could run our own team without any adults trying to control it…It seemed really appealing. We always knew a lot about soccer and I thought it’d be really fun.”

During her tenure as a coach, Brown took particular gratification in seeing her own knowledge and influence on the players come to life.

“Telling the kids something to work on and actually seeing it happen…knowing that feeling of success that I actually made an impact on someone playing soccer…actually knowing the position and teaching kids to love soccer and teaching them to become sportsmanlike…it was awesome,” Brown said.

Not only did Brown enjoy providing instruction and skill development for her players, but because she still plays soccer at the varsity level, Brown has also discovered coaching to be a helpful tool in understanding the game better, as she frequently helped her players position themselves.

“Coaching them…I also got a better view of positioning,” Brown said. “You know you know something when you can teach it to someone.”

Brown took this insight into her own game, assisting her skills as a player.

“I feel more aware of where to go on the field because I thought about it so much as a coach,” Brown said.

While Brown and the other young coaches expressed plenty of enthusiasm about the fun and excitement of the opportunity, each of the students soon found out that actually coaching younger athletes proved to be the toughest task of all. During his first day on the job, Bills realized both the challenges that he would face as a middle school coach and the knowledge he would need to provide for his players, who did not yet possess all the tools necessary for victory.

“The talent was there. The confidence and swagger wasn’t. I taught them to believe in themselves and work as a unit,” Bills said.

This method proved quite effective, as the team posted a scorching 7-1 record, winning their first seven games. Vertelney’s predictions of the team on day one were similar to Bills’, as he remained pessimistic of the youthful team’s future.

“I thought they were going to be terrible,” Vertelney said. “They were all unfocused and fighting with each other…”

Even the team’s star point guard, Nick Cook, initially failed to believe they could thrive, and credits their success to Bills’ coaching ability.

“At first I probably didn’t think we would do this well,” Cook said, “Nate had a good attitude from the start and helped us play as a team. He’s a fun coach and he runs a lot of fun drills.”

As a coach, Bills stresses this enjoyment of basketball and hopes he can act as an adviser of the not only game’s physical essentials, but also the satisfaction of playing.

“I’m here to teach the kids the basics and teach them how to have fun and do what they love,” Bills said. “I want them to embrace the game rather than be forced to play. That was how I felt, and I don’t want to see their love for basketball destroyed.”

To Bills, coaching became the mix of competition and enjoyment that had deserted him during his basketball career. He experienced social pressures of the varsity lifestyle and demands from both his peers and elders, and chose an alternative outlet for his athletic talents, as a significant number of high school students are beginning to do.

Jack Bungarden, both a Paly history teacher, parent, and the Regional Coach Administrator for AYSO soccer, notices this increase in young adult athletes as coaches.

“Somewhere between five and ten percent of our coaches are high school students,” Bungarden said.

Bungarden attributes this rising number of young coaches to many diverse factors and appeals.

“For our sport, [the coaches] are soccer players,” Bungarden said. “They like soccer. They like the idea of teaching it to younger kids. Some do it, I would imagine, for community service hours. A lot of kids just do it for the sheer experience. To most coaches it’s fun.”

With all of the demands, stresses and activities associated with high school, some may wonder if a student’s chaotic schedule could potentially interfere with their coaching responsibilities. Bungarden understands the hectic high school lifestyle, and recognizes the issues that could arise for students who coach.

“As a general rule I think time commitment problems are a greater challenge for youth coaches because they are doing other stuff as well,” Bungarden said.

However, due to the young age of her players and low-key environment of AYSO soccer, Brown only spent three to four hours per week coaching, with two practices a week and one game on the weekend, all as a volunteer. Bills, on the other hand, spent an average of eleven hours per week, running practices nearly every day, and coaching at least one home and one away game per week, getting paid throughout. While the handsome accumulated salary appeals to Bills, it remains a secondary reason for his coaching ventures.

“The money is amazing don’t get me wrong, but to me nothing beats just enjoying myself around the game of basketball,” Bills said.

Clearly the drive to coach comes from much more than just a nice profit. Whether it is to stay connected, enlighten the youth, earn some service hours, take up free time, or just to get out of the house, coaching youth sports has become increasingly popular amongst high school students.

As the sun splits through the holes of the caged Jordan gym windows, Bills eagerly shifts his weight from side to side as he watches the game he played and adored for so long. Constantly encouraging his players with a frequent “nice hustle!” or “nice pass!”, Bills realizes the fortune and pure elation gained as a result of his decision.

“I’m staying in touch with my basketball routes, getting paid to have fun and teach kids the fundamentals of my favorite game,” Bills said. “I couldn’t have asked for a better opportunity. I have no regrets.  I’m living the dream.” 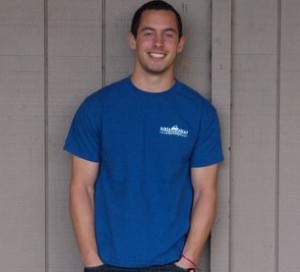 From Center Court to Sidelines