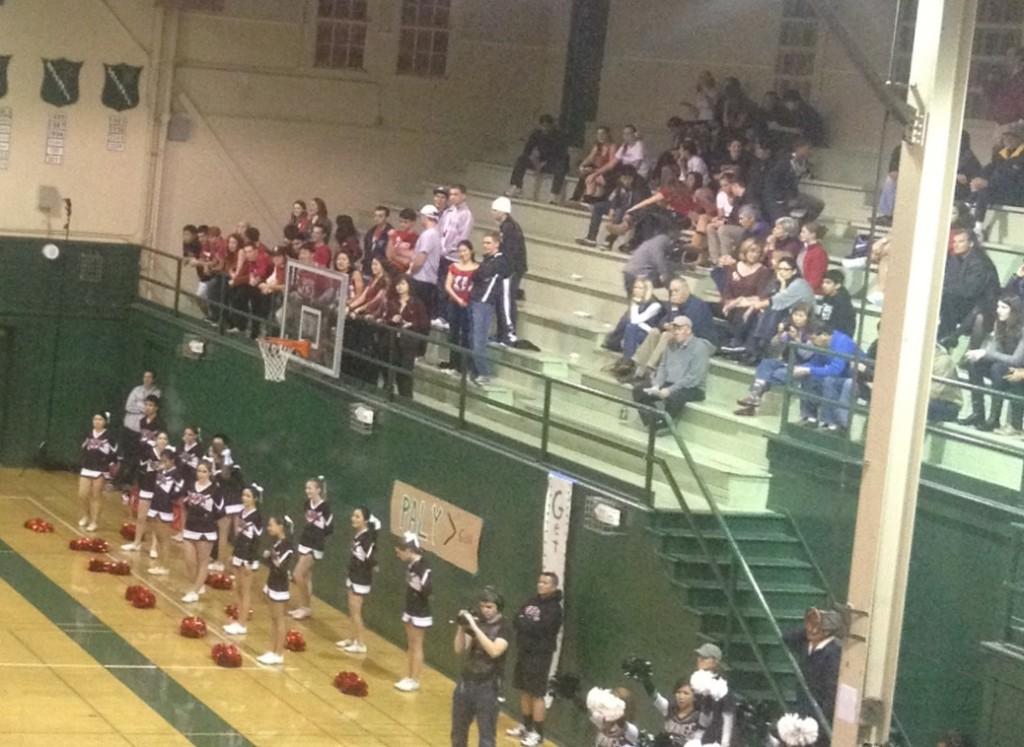 Note: The opinions expressed in this article are those of two managing editors of The Viking Magazine and are not necessarily shared by everyone at Paly or on the Viking staff.

But later that evening, a Gunn student’s blog, named “The Optimist”, discredited almost every aspect of Paly’s victory. While the blogger attempted to give credit where credit was due, such as describing one of Paly’s plays as “THE COOLEST FREAKING PLAY IN THE HISTORY OF HIGH SCHOOL BASKETBALL” and referring to the game as a “Paly Dunk Contest,” he or she was quick to dismiss these compliments.

Statements such as “Paly kids: you’ll learn about this ‘homework’ concept someday. Right after they teach you about ‘spelling.'”, and “They only have nine players (the rest are probably academically ineligible)” surprised us after what had seemed like a normal game.

While we understand the rivalry between Paly and Gunn is a tradition that has been around for much longer than any of us have, this blogger has crossed the fine line between a friendly competition and just being rude. It’s one thing to say that “Paly sucks”, as the blogger mentions, but to say that Paly students can’t spell, do “third grade math” and are “academically ineligible” is another level of disrespect. We’re all from Palo Alto Unified School District, and are all experiencing the demanding academic pressures of living in Palo Alto.

We appreciate that this blog was trying to provide a new spin on one of the most exciting games of the season. At past Paly versus Gunn quad nights, there has been fun back-and-forth banter between the opposing student sections. Last year, when the Viking student section chanted “Scoreboard! Scoreboard!” towards Gunn, Gunn students responded with “SAT scores! SAT scores!”  We believe this kind of teasing is lighthearted and competitive, without being over-the-top or personal.

A victory, as well as a loss, should be left on the court. No one wants to hear excessive bragging or boasting after an 18 point win, right? At the same time, people don’t want to be caught up in petty excuses after a loss.

Trust us, Paly kids know how to take a joke (have you seen the amount of streakers we have on campus in June?) but this one was not funny.  An additional blog was posted today that began with “Dear Paly,” that sarcastically justified the remarks made last night. We by no means want a true apology in any way because we know it was intended to be a joke. However, comments like “By the way, if you have made it this far, you are reading way above the expected difficulty level for your Paly English class. You may wish to request honors placement” have nothing to do with the game on Wednesday night.

The key word in sportsmanship is “sports”.  Athletic talent should not be overshadowed by academic competition between Paly and Gunn, because at the end of the day we live in the same community. Sports rivalries are fine, but there’s nothing less classy than an anonymous sports blog ragging on aspects of a school that don’t involve the sports. Maybe Paly students “can’t spell”, but we can count. And our 56 points speak for themselves.