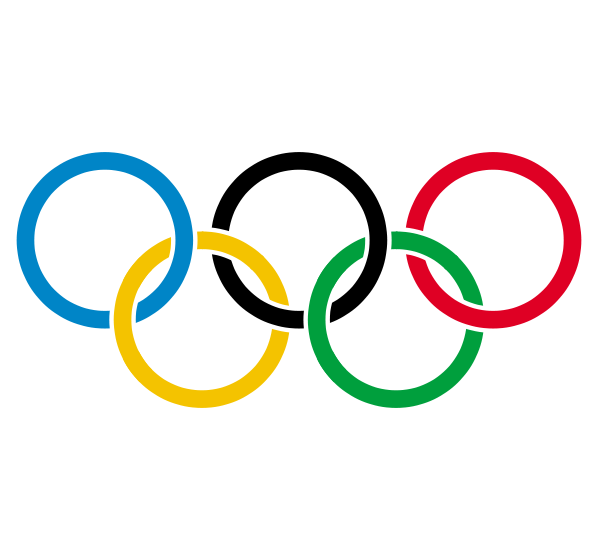 The Viking will provide online, Twitter and Facebook updates on Paly’s Olympic hopefuls and Olympians beginning Monday, June 25 at the 2012 USA Swimming and Diving Olympic Trials in Omaha, Nebr. until the Aug. 12 closing ceremonies at the 2012 London Olympics.

When the countdown clock in Trafalgar Square reaches 0:00.00, London will be the only city in the world with the distinction of hosting three Olympic Games. For 302 events in 26 sports, over 160 nations, their athletes and at least one Paly Viking will look to “Inspire a generation,”battling for the highest athletic distinction: the Olympic Gold.

Just under a month short of the 2012 London Olympics, Lily Zhang (’14) has already secured herself a spot on the four-woman ping-pong team, and Jasmine Tosky (’12), Byron Sanborn (’12) will compete in the USA Olympic Trials for Swimming from June 25 to July 2 in Omaha, Nebr. Here’s our preview of some of Paly’s favorite sports to watch.

USA Gymnastics boasts a fresh roster of seasoned athletes like Jordyn Weiber and Alexandra Raisman, in addition to fresh athletes Kyla Ross, Gabby Douglass and McKayla Maroney. All-around favorite Weiber remains one of the United States’ strongest contenders for the individual gold after winning three American Cups and last year’s World Championships andher consistency proves valuable in anchoring the Americans in the team competition. Americans will find the stiffest resistance from the Chinese and Russian teams, which have shared many top world podiums within the last decade, but as Bela Karolyi said of the contest between American Mary Lou Retton and Romanian Ecaterina Szabo at the 1984 Games, it will be a “tremendous, beautiful, athletic fight on the floor.”

The Japanese men’s gymnastics team looks to continue their legacy in London, with three-time defending world champion Kohei Uchimura anchoring the Japanese in the team competition. The Japanese, Chinese and Americans have emerged as the top three teams in the competition after winning the top three team positions for the past five major world team competitions. American leaders John Orozco, Jonathan Horton and Danell Leyva each look to shine on rings, pommel horse and parallel bars respectively, while Chinese gymnasts Feng Zhe and Zhang Chenglong will join Uchimura in the race for individual all-around gold.

China and Britain will be the dominant nations in the diving competition, with Wu Minxia and He Zi likely contenders for at least one of the women’s individual medals and Tom Daley (who finished seventh in the individual 10 meter platform event in Beijing as the youngest competitor at age 14) emerging as the West’s greatest competitor against Chinese veterans Qiu Bo and Zhou Luxin for the men’s medals. Melissa Wu and Alexandra Croak of Australia will also perform well in the synchronized women’s events.

Despite the recent death of Norway’s first Olympic swimming medalist Alexander Dale Oen, Veteran Olympians Michael Phelps, Ryan Lochte, Rebecca Soni and Missy Franklin are leading the way in the American race for Olympic qualifications. Paly will also send two athletes, Jasmine Tosky (’12) and Byron Sanborn (’12) to the Trials. 16-time Olympic medalist (14 of those were gold) Phelps remains the favorite in the short freestyle and butterfly events, while Soni looks for gold in the breaststroke events. Australia and the United States will likely battle for the distinction of having the most medals, with their athletes swimming the tightest races in the 4x100m and 4×200 medley and freestyle events.

Despite losing center Dwight Howard and point guard Derek Rose to injury, the 2012 US Men’s basketball team is still the overwhelming favorite to repeat their Beijing gold-medal performance. The biggest threats to the Americans are the Spaniards and their star-studded squad, highlight by ythe Gasol brothers and youngster Richie Rubio. Rosters are not yet finalized but the usuals, Lebron James, Kobe Bryant and Dwayne Wade, will all likely be present in London.

Some key names to look for in the summer 2012 Olympic track events are American runners Sanya Richards-Ross and Allyson Felix.  Richards-Ross is aiming for gold in the 400m race and Felix in the 400 and the 200m. In the men’s 4x400m, Usain Bolt of Jamaica, world record holder of the 100, 200 and 4x100m relays has tough competition with David Rudisha of Kenya, who is the world record-holder in the 800m. This year’s Olympic track events will finish with many close matches and upsets, and be a spectacle to watch.

According to the FIVB world rankings for volleyball, the favorites in the 2012 Olympics indoor and beach volleyball competitions include, in the indoor events, Brazil on the men’s side and The United States in the women’s side; in beach volleyball, the American duo Todd Rogers and Phil Delhausser are expected to win the men’s competition while the chinese duo Zhang Xi and Xue Chen and Americans Misty-May Treanor and Kerri Walsh may repeat the 2008 Beijing battle for the gold in London.  But regardless of who the favorites are, the volleyball events this summer and their buzzer-beaters are a must watch.

Synchronized Swimming became an Olympic sport in 1996 and that year the United States of America took home the first Olympic gold metal. Since 1996, Russia, Spain and Japan have also earned Olympic medals in Synchronized Swimming and will be the dominant countries in the event this August. So far, Russia is the leading nation from their first-place performance at the FINA Olympic Games qualification event, followed by Spain and Japan.