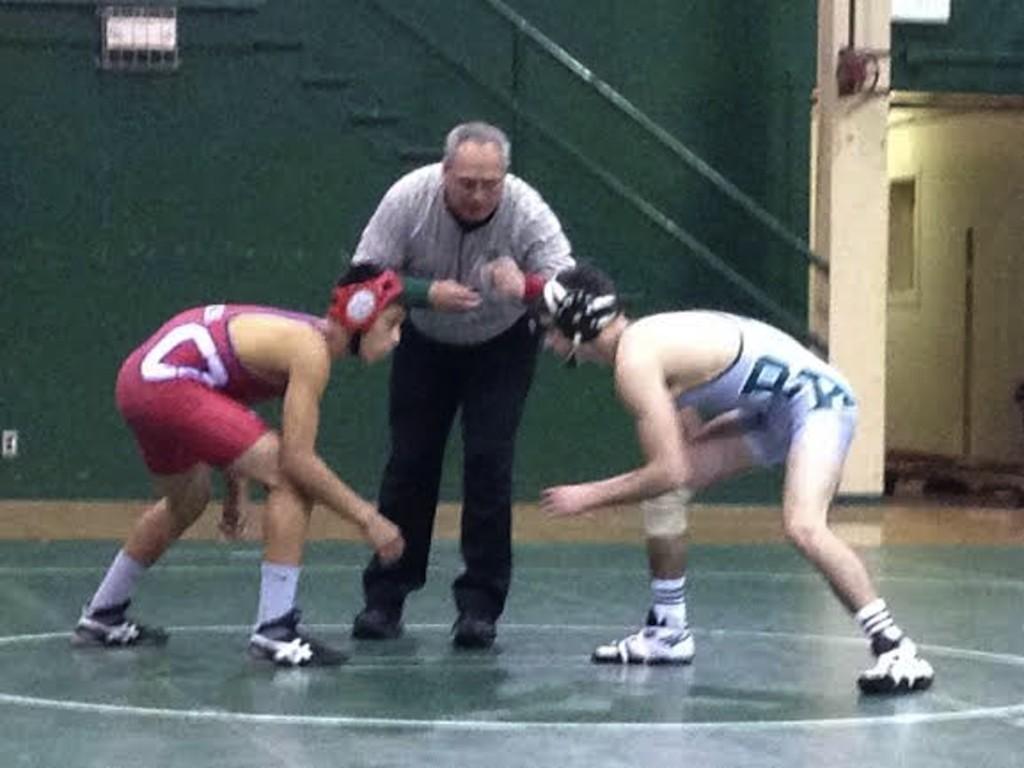 James Giacca ('15) prepares to begin match against an opponent from Oceana High School. They are competing in the 126 pound weight class.

The Vikings started strong but could not keep their lead for very long on Thursday night. The meet only consisted of one pin from Paly, by Troy Henderson (’16).  James Giacca (’15) and Eric Oshima (’16) both wrestled up a couple of weights this meet. The team trailed behind Oceana throughout the whole meet and fell short despite coming back in the end.

The lack of some key players resulted in the lost points that the Vikings needed.  Some of the JV players were pulled up to fill the roster according to head Coach David Duran.

“We had a lot of young guys who probably won’t be wrestling varsity but that’s all we had today,” Duran said.

With injuries preventing players to compete and the team consisting of many new inexperienced members, the Vikings could not hold off a strong attack from Oceana High School.

“People need to step up, we should have won, the team put in a good effort though,” James Giacca (’15) said.

The first league match will be held at home against Los Gatos on Thursday, Dec. 19 at 5:30 p.m.