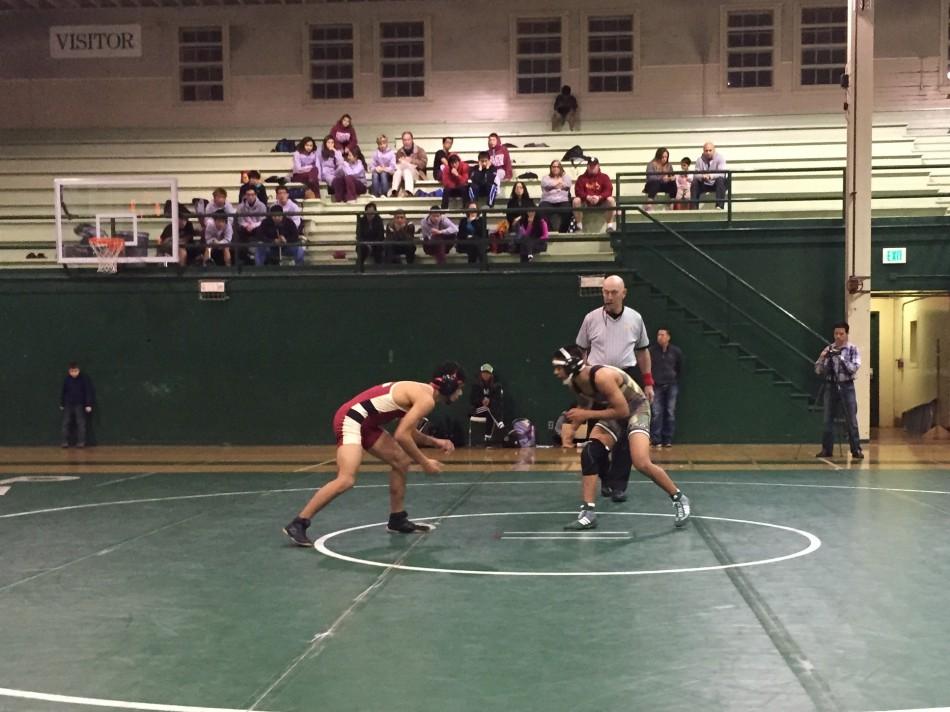 Seth Goyal ('17) looks to take down his opponent in the dual meet against Cupertino on Jan. 22.

Coach Braumon Creighton was disappointed with the Vikings’ performance.

“I’m disappointed with the performance of a lot of the…guys,” Creighton said. “[There were] too many pins, too many [of us went] to our backs easily. [We did not] have awareness, [we did not have] control of our bodies.”

The meet started off well for the Vikings, with Seth Goyal (’17) winning his match 13-2 in the 132-pound weight class. James Giaccia (’15) then pinned his opponent, giving Paly a 10-0 lead overall.

Goyal was satisfied with how his individual match went.

Things picked up for Paly with Chioke Bryant-Anderson (’15), who pinned his opponent in 12 seconds. However, this did not last as Tajae Murray (’18) was pinned in the 195-pound match and both the 220 lbs and 285 lbs matches were forfeited by Paly. Cupertino now led 40-16

The evening ended on a high note, however, with Richard Islas (’18) pinning his opponent. The overall final score was 52-22 in favor of Cupertino.

The team in general agrees that as the season gets closer to the end, there are things that have to improve. Bryant-Anderson wants to prioritize strength training.

“I think there’s things we need to work on, especially strength and conditioning,” Bryant-Anderson said.

Goyal believes that it is most important to work on avoiding giving up points too easily.

“Some of us just need to perform more,” Goyal said. “We [were] just giving up and going straight to our back a lot and that is just giving up a free six points. Obviously that’s not acceptable and we have to improve on that.”

Because the dual meets are wrapping up, Creighton thinks that individual work will be key to optimize success at league and section finals.

“In the next few weeks, I’m going to have to really focus on the guys and the girls [who] actually have a chance to do well in CCS… and just keep [working] until the end,” Creighton said.

Next up, the Vikings have the MidCal tournament this weekend, Jan. 23-24 at Gilroy High School. 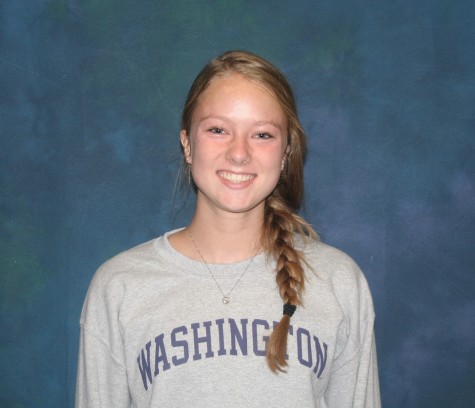