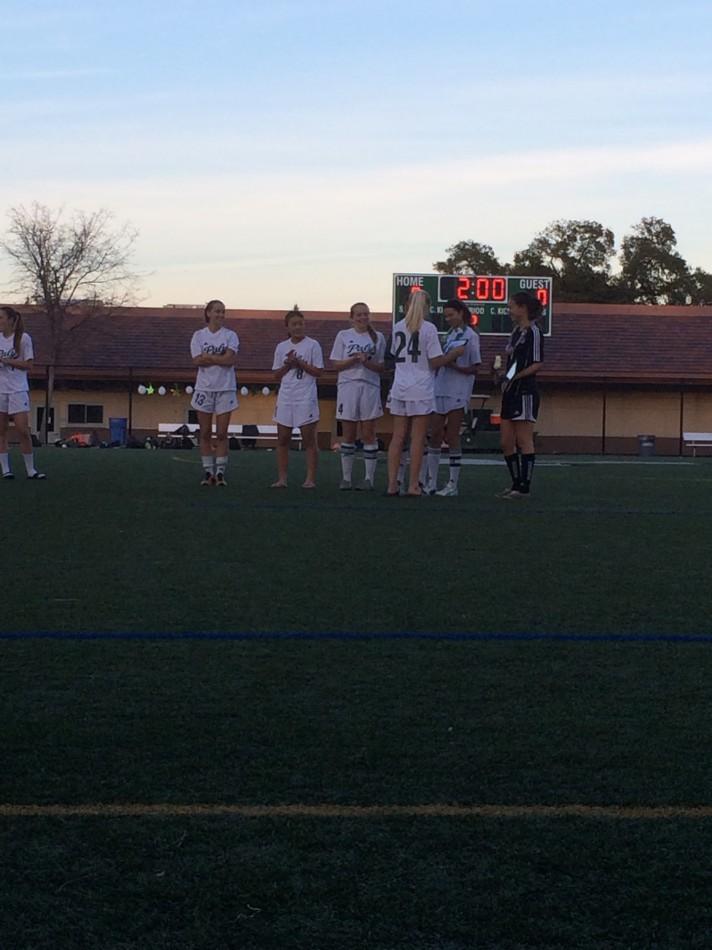 Paly's six seniors are honored in a ceremony following their 8-0 win over Homestead. Senior night marked the final home game of league play.

“The win on senior night was great,” Chang said.” It was nice having a solid closure to my time on Paly soccer.”

Paly started off strong as Lu, Moeser and Pederson all scored their first goals within the first 20 minutes of the game. Despite the early lead, the Vikings did not let up and were on offense most of the time. Chang’s goal 27 minutes in gave the team a 4-0 lead which they carried into halftime.

Nine minutes into the second half, Pederson took the ball the length of the field and scored from just outside the 18-yard box to advance the team’s lead to 5-0. Foug scored two minutes later to add to the lead again. Finally, both Moeser and Lu each scored a second goal in the last ten minutes to push the score to 8-0.

“I think that we played really well today and did a good job finishing our chances,” Chang said.

The Vikings still have one more league game before starting the CCS playoffs. Their next match will be on Tuesday at Los Gatos.