Strength training is an important part of any athlete’s workout regiment, yet many athletes still do not do it. Well, if it could prevent a serious injury like an ACL tear, would you? Read more to find out why athletes, especially female ones, should begin a strength training program. 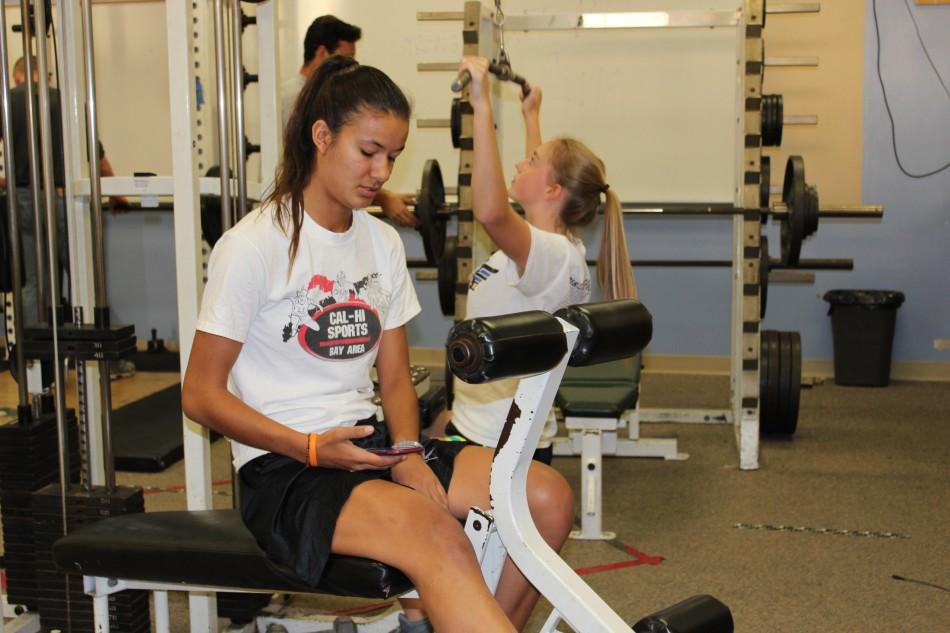 Many high school male athletes lift weights and work out on a very consistent basis for sports training, getting stronger, or even building muscle. You can walk into pretty much any high school weight room and see a male student working out, but you typically will not find a girl in the area. With female athletes at higher risk of serious injury and given the amount of female participation in high school athletics, shouldn’t more girls be in a weight room?

According to Doctor Steven Horowitz and a recent study around anterior cruciate ligament (ACL) injuries, girls are six times more likely than boys to suffer a serious ACL injury. This is partially due to the fact that women’s limbs are shorter and smaller in relation to their body height. With such an epidemic, how can female athletes avoid tearing their ACL?

Strength training is an important part of any athletic career, but for a female, it can help prevent a serious injury like an ACL tear. An instant reaction for many high school female athletes is the opposition to “bulking” up. Well, lifting and strength training are not terms used interchangeably, but rather two different forms of exercise comprised of the same types of activities. Lifting to get bigger is essentially all about size. This means people partaking in “lifting”, are doing so in order to build muscle rather than to develop functional strength, according to FitDay.

Strength training encompasses the other end of the “workout” spectrum. In this, the athlete is improving the strength and function of their muscles by gradually increasing the ability to resist force. To be put into basic terms, strength training involves lifting weights, and using other resistance methods, to improve athletic performance and reduce the risk of injury, according to the Iowa High School Athletic Association. Also, because girls have lower testosterone levels than males, girls will not develop large, bulky muscles as a result of a strength training program.

Here at Palo Alto High School, many different female athletes have begun strength training programs, whether it be in the weight room at school or through an outside place. The girls’ swimming and basketball teams can be found a few times a week in the weight room working on increasing muscle strength to benefit it in season. Sara Aguilar (‘17), a varsity wrestler at Paly, also can be often found in a weight room. By lifting to stay conditioned and gain overall strength, Aguilar is able to participate at a higher level of competition while also helping herself avoid serious injury.

“I feel like female athletes should look into strength training because there are many benefits. Lifting not only builds stronger muscles, but it increases joint stability and builds stronger connective tissues which helps prevent injury in the long run,” Aguilar said. “Strength training also boosts your metabolism and your confidence.”

According to doctors Aisha Dharamsi and Cynthia Labella, adolescent girls who participate in competitive or recreational sports are at higher risk for ACL injuries than adolescent boys, but through neuromuscular training and knowledgeable coaching some of these injuries may be preventable. An ACL injury is very serious and creates both short term and long term problems, especially for younger athletes. Typically a tear to this ligament requires surgery with a recovery span of six to nine months for rehabilitation of the knee, but recovery sometimes takes even longer. Doctors Dharamsi and LaBella also stated that a study of high school athletes found that compared with boys in similar sports, girls were more likely to have surgery and less likely to return to sports after an ACL injury.

The girl’s basketball team at Paly has experienced three ACL tears and one posterior cruciate ligament (PCL) tear in the past four years. Starting in the 2015-2016 season, the team has begun a strength training program twice a week after school with coach Danny Dye.

“Our team hasn’t done weight lifting since I was a freshman and I think it’s great that we have started it back up this year,” Courtney Lovely (‘16) said. “I can’t wait to see it pay off this season.”

It has been stated that these female athletes are indeed more prone to serious knee injuries, especially ACL tears, but here is the reason why. During female puberty, as the height and weight along with a changing center of mass, activities such as cutting, pivoting and landing much more difficult to control. In male puberty, the body undergoes a large testosterone surge which creates increases in muscle mass and strength, then allowing them to better control their center of mass in athletic maneuvers, according to doctors Dharamsi and LaBella. They also suggest that girls have less neuromuscular control of their knee movements, which could lead to the higher ACL injury rate in noncontact events.

“Girls need to be fit for their sport just as much as guys do,” Lovely said.

More recently, the American Journal of Sports Medicine released a study that suggests that the ACL injury rate for female athletes can be significantly decreased if the athlete follows a specific exercise program.With such a great risk of female athletes seriously injuring their knee, strength training needs to be a more prominent option for high school athletes. Whether it be offering something at school or through sport, or even just informing athletes of the benefits of a program and risk of injury, the word needs to be spread.

I just want to encourage all the female athletes or those that are not playing sports, just to give strength training a shot,” Aguilar said. “It is worth it.”