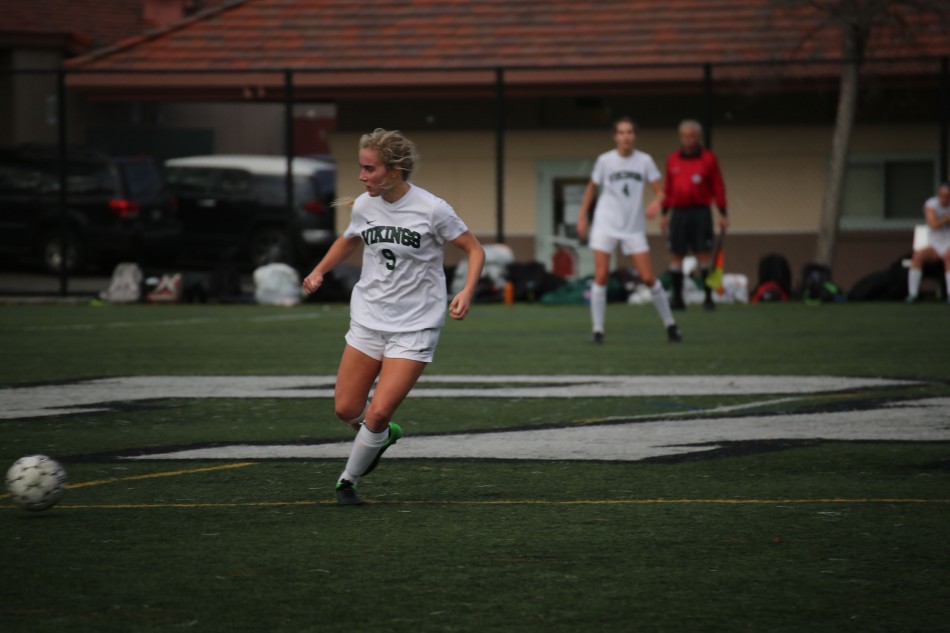 The Vikings started out the game strong, controlling the possession and having a few chances on goal. Before long, Ansley Queen (‘16) scored the Vikings’ opening goal off of a pass from Tess Preising (‘17).

Preising herself would get on the scoresheet next as the Vikings took a 2-0 lead and began the onslaught. They would get four more goals in the half from Natalie Maloney (‘17), Claire Moley (‘19), Jacey Pederson (‘16), and Alison Lu (‘16) chronologically.

“The girls did great. Milpitas had been struggling and we knew that, but still they played to a pretty good standard and we wanted to prepare for Mountain View on Friday,” head coach Kurt Devlin said.

Going into halftime Paly had completely dominated possession and Milpitas didn’t have one clear chance or shot on target.

The second half was similar to the first just without the same amount of goals from the Vikings. Paly had the ball in Milpitas’ half a majority of the time and Milpitas struggled to create anything when given the opportunity.

There would be two goals in the second half for Paly as Lu grabbed her second goal of the day and Emily Tomz (‘18) added one of her own.

Next up the Vikings will face their stiffest challenge of the season, Mountain View, the same team they lost out on the CCS title to last season.

“For Mountain View there is a lot of tension there because we got second place to them in CCS last year, but I think we’re gonna prepare, go into the game ready, and hopefully we can win,” Preising said.

That game will be Friday afternoon at Mountain View High School with kickoff at 3:30.