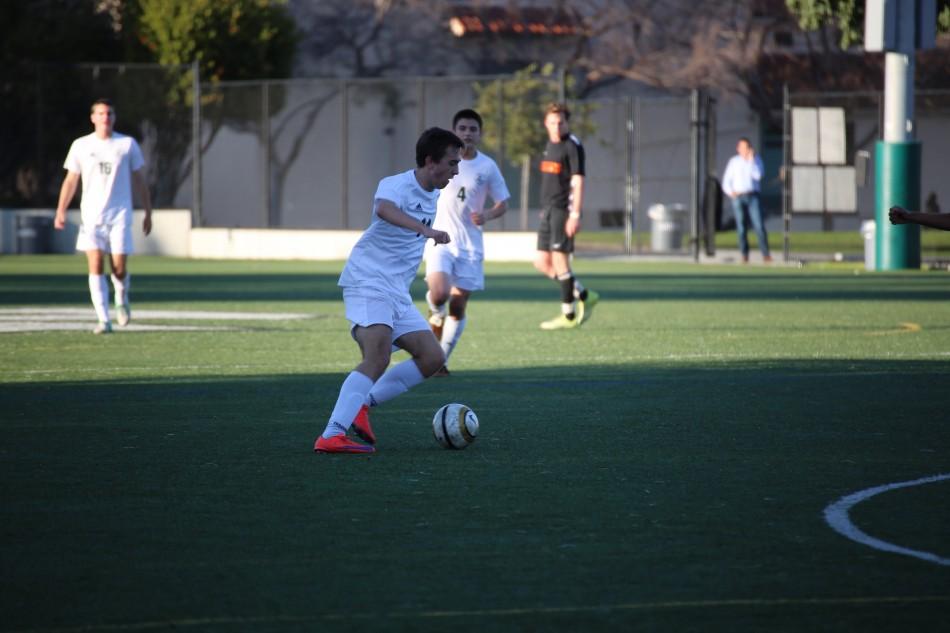 The game started out pretty slow with neither team having many clear cut shots on goal in the first half. The possession was fairly even and the majority of the game was played in the middle of the field with each team controlling the ball for a little before the other team would win the ball back and do the same themselves.

After a slow start once again to the second half, the game really picked up after Los Gatos scored the opening goal of the match with 29 minutes remaining in the game.  That goal really opened up the game as the Vikings were fighting to bring the game level.

After having a majority of the possession and a couple of clear shots on goal, Alessandro Reale (‘16) leveled the game up with 13 minutes to go.

Following the goal, the Vikings kept pushing forward looking for a winning goal, but just three minutes later, a defensive mistake at the back lead to a second goal for Los Gatos, giving them a 2-1 advantage with not much time remaining.

“I think our biggest strength was overcoming adversity.  We go down a goal and then come back and get the goal back.  And then we’re forced to do that again.  There were a couple good lessons in there and we fought back from adversity.  We haven’t been challenged too hard this year.  We were definitely challenged today,” head coach Don Briggs said.

After numerous chances and multiple long balls into the box, Roberto Sotelo (‘16) scored the equaliser with just two minutes remaining in the match from 35 yards out.

“I was just trying to have someone get a head on it.  I kinda hit it towards the keeper and then he came out and it went in so it was kinda lucky,” Sotelo said.

After this 2-2 draw, the Vikings look forward to their next game on Friday at Homestead.