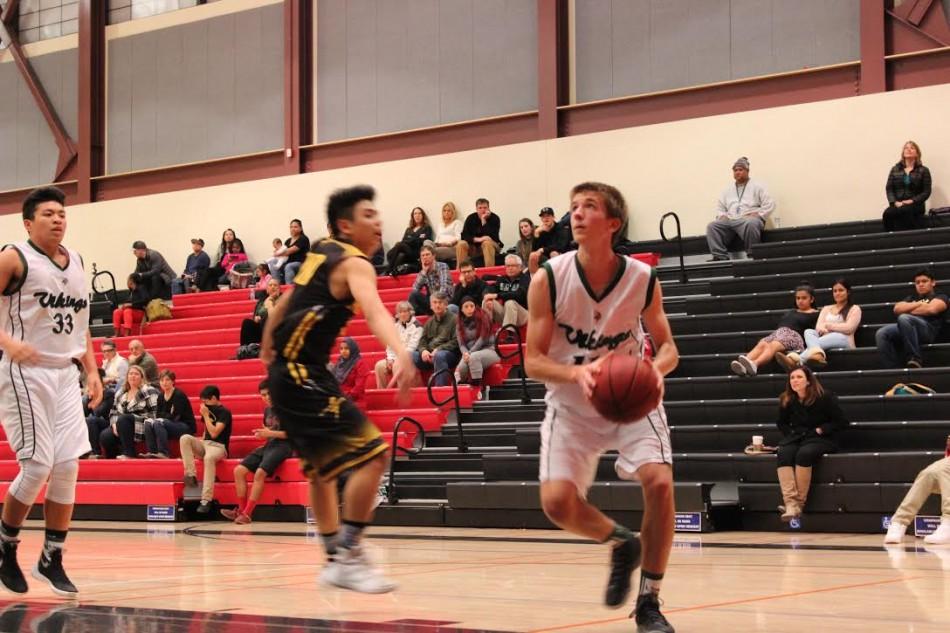 Paly’s Boys Basketball team lost a disappointing game to the Wilcox Chargers by a final score of 79-66.

The Vikings  jumped out to an early lead as Miles Tention (‘17) hit two early three’s with other scoring from Max Dorward (‘18) and Jack Simison (‘17). The Vikings closed out the first quarter with a commanding 16-7 lead.

In the second quarter, the Charger’s clawed their way back into the game. Wilcox’s full-court press and potent scoring was causing problems for the Vikings as Wilcox closed the lead. Some late buckets for the Charger’s gave Wilcox a 35-34 lead heading to the locker room at half.

After a very competitive first half, Wilcox commanded the second half. The beginning of the third quarter was close, however, the Charger’s were able to break away and grow a huge lead. The Chargers’ full-court press and streaky three point shooting created a fast paced game that proved too much for the Vikings. By the end of the third quarter, the score was 65-47.

With a larger deficit to compete with and not much time to come back, the Vikings employed full-court pressure of their own in the fourth quarter. At first they began to cut the lead, however, it proved to be too much too late as Wilcox closed the game out with a final score of 79-66.

“They were a really aggressive team, they pressed a lot, they’re super athletic, we weren’t really able to keep up with the pace of the game,” said Dorward after the game.

“We had a lot of turnovers and missed shots but we’ll come back stronger next time we play them,” said Tention. “For the game this Friday we’ll move on from today’s game and hopefully play like we did the first time we played Gunn.”