Girls’ soccer bows out in the first round of CCS 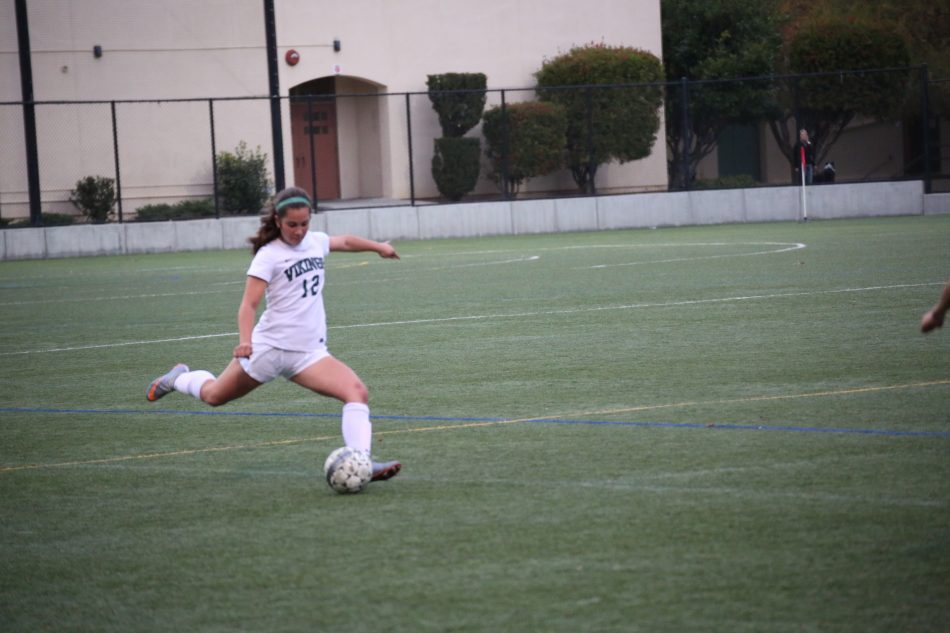 Paly girls’ varsity soccer fell to the Menlo-Atherton Bears on Saturday by a score of 3-0, ending the Lady Vikes previously unbeaten season.

After a near perfect season, that included zero losses prior to the one suffered against the Bears, the fairytale season for the Vikings has finally come to a close. They had previously beaten Menlo-Atherton 5-0 earlier in the season, yet suffered a loss near the opposite to what had happened earlier in the season.

“I think the team was a little overconfident considering we had beaten them 5-0 in the preseason,” Reilly Filter (‘17) said in a post-game interview. “I think one of the reasons we struggled so much was because it was our first time ever being down.”

Menlo-Atherton got on the board early in the game, with a goal just eight minutes into the first half, that put them on top for good. The Bears were consistently attacking the Vikings strong defense, but Paly was able to hold them off for the remainder of the first half. There were, however, a few close opportunities that Menlo-Atherton couldn’t quite capitalize on. Meanwhile, the Lady Vikes’ attack never really got going, as they were forced to take mostly distal shots that never had the best of chances.

In the second half, the Bears’ domination only continued, as another goal was ripped off by Menlo-Atherton with 23 minutes to go in the game. For the remainder of the game, Paly was trying to get back from the 2-0 deficit, but it may have been a case of too little too late. There was some life with 13 minutes left in the game, as a shot from the Vikings inched to the left after a save from Menlo-Atherton. The Bears scored once more before the end of the game, on a shot with five minutes to go that rocketed into the bottom right corner.

“We are really proud of our performance during the league season and I think that is much more indicative of how talented the team was,” Filter said when asked about how she felt the season was.

Despite their season coming to an unfortunate end, the Vikings can hold their head high after a terrific season, as they surely had one of the more successful seasons this year.

Girls’ soccer bows out in the first round of CCS