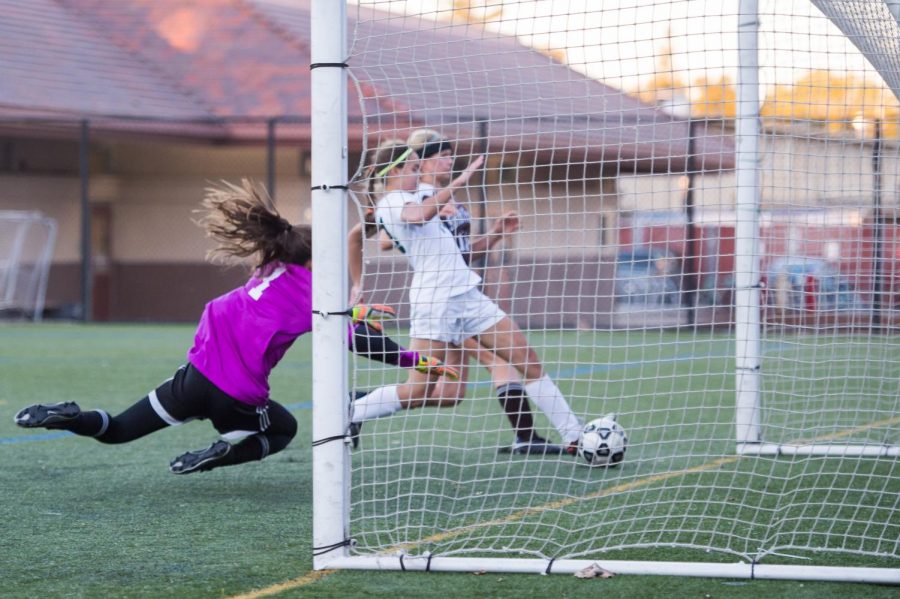 The girls’ soccer team faced the Lancers for their third preseason game, taking them 1-0 with an early goal by Venus Sandoval (‘19).

“It was a tricky game, but the girls played tremendously,” Cruz said. “St. Francis is a good team for sure.”

Cruz was proud of his players, despite them not having a lot of time spent playing together. The girls come from many different club teams, and having almost two-thirds of the bench being new to varsity, it may take a while for the team to come together cohesively. There is a lot of talent and athleticism between the players, however experience playing together as a unit is something Cruz is encouraging as much as possible before the season starts.

“It’s preseason, so I am just trying out a lot of things and playing [different players] as much as I can,” Cruz said. “I am spreading out the playing time. Last game the lineup looked different – I am testing out different things.”

Returning player Leela Srinivasan (‘19) agreed that there is significant difference in this year’s team.

“Our biggest problem right now is cohesion; the team changed quite a bit from last year,” Srinivasan said. “We actually have more new players than returning players.”

Srinivasan was instrumental in several good runs in the second half, however Paly was not able complete the plays. Tonight Sandoval’s one goal was enough to beat the talented St. Francis team, though.

“I think that we were lucky to win,” Srinivasan added. “Once we get used to playing with each other it’ll really help our game because we’ll all be on the same page.”

With last season’s devastating CCS loss to MA, Srinivasan said it was rewarding to win Friday’s first rematch with the Bears. With new recruits both on the bench and in the coaching position, the new varsity Vikes aim to simulate the success of last season. In the next home match on Wednesday the 13th, the team looks to hold up their undefeated home win streak.