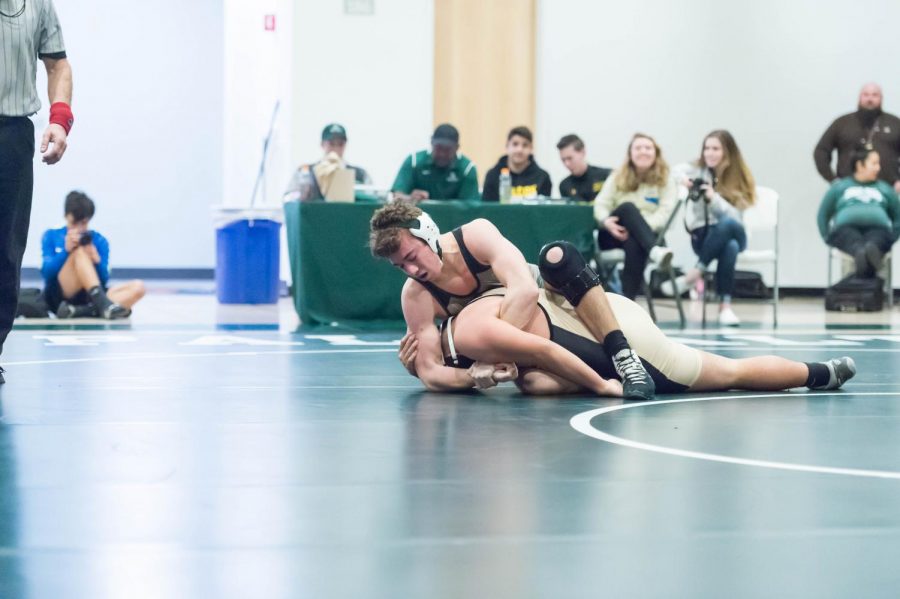 Paly Co-ed wrestling fell short to rivals Los Gatos with a score of 42-28 on Wednesday night.

The team had a positive start with stellar performances from Andrew Wang (‘19) and Halo Lynch (‘21). Both had several pins which helped them get out to a 19-18 lead early in the match.

However, this lead was short-lived, as the skilled Gatos team took the Paly team by storm, winning by 14 points.

The team had some important injuries which have held them back in the past few matches, Aidan Gans (‘19) was a key wrestler who fell victim to a knee injury early in the season.

Despite Gans’ injury, Wang is confident in his team as he heads into the concluding matches of the season. He explains the work the team needs to put in, for them to win the next one.

“Hard work pays off when talent only gets you halfway,” Wang said.

The team looks to head into playoffs on Friday with a TBA match.