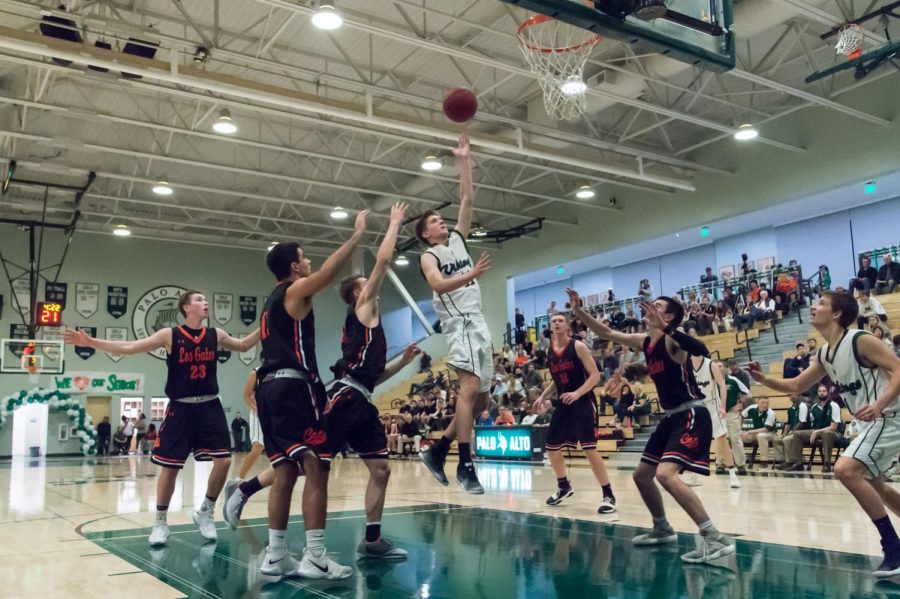 Boys basketball defeated Los Gatos 72-61 to clinch SCVAL De Anza league. Both teams battled early on in the game changing leads on multiple occasions, causing tension in the Peery Family Center. The game was very fast paced which created many transition opportunities for both teams. With efficiency shooting the ball from the field, both teams managed to reach over 30 points in 16 total minutes resulting in a score of 33 to 32 in favor of Paly at the end of the first half.

The seats were packed, and may have been the loudest environment the Peery Center has had all year. The student section was very electric, knowing their bad blood with Los Gatos. With the start of the 3rd quarter the Vikings first possession resulted in a turnover which gave Los Gatos a leeway for momentum. However, shooting guard Spencer Rojahn (‘18) wouldn’t let them, hitting countless threes to boost their lead to 13 points by the end of the 3rd quarter.

“We ran our plays well which helped us execute, motivating us to play hard defense which gave us the lead and momentum,” Rojahn said.

With great time management skills by the experienced group, the comfortable lead by the Vikings was enough to hold off a hungry Los Gatos squad and secure the victory. The Vikings came out with the victory with a final score of 72-61 leaving them 2-0 against Los Gatos this season and the student section stormed the court in joy of beating their rival Los Gatos. 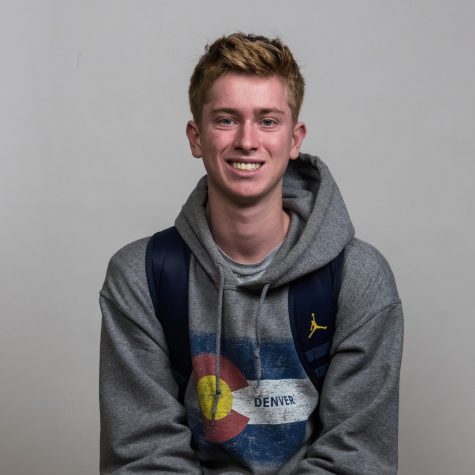