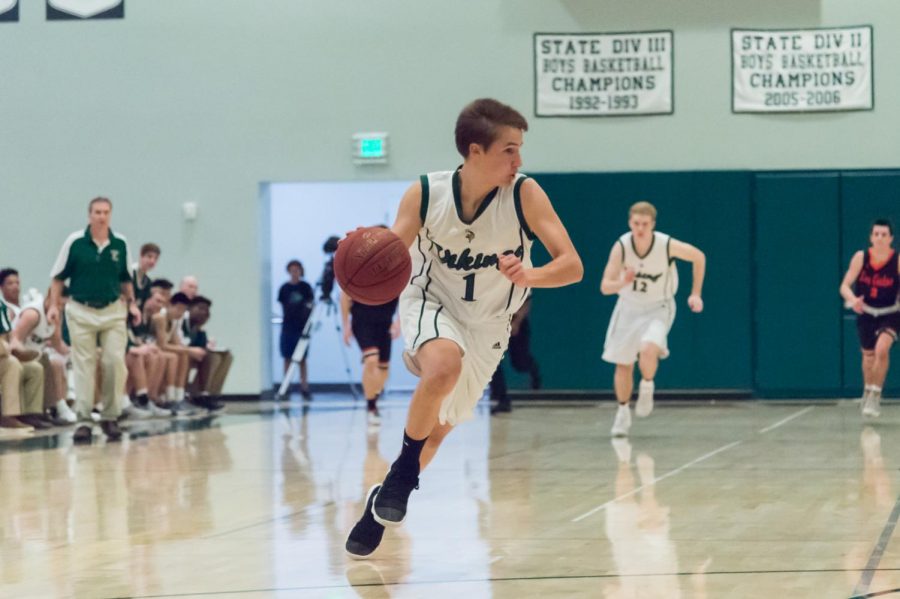 Cupertino stuck around early as the first quarter ended 18-12, but the Vikings quickly opened a big lead in the second quarter. Jared Wulbrun (‘18) lead Paly with nine points at half as Paly lead 36-18.

The second half was rather uneventful, as Paly continued to hit shots and played stingy defense to hold their lead. Cupertino’s lack of offensive firepower was evident as the Vikings coasted to the 58-34 victory.

The win secured and undefeated league season for Paly, which was a goal the team set before the year.

“It was a big goal for us to go undefeated in league and win it,” Wulbrun said. “And that’s what we did.”

As SCVAL De Anza division league champions, the Vikings are now well set up for CCS and CIF playoffs. The CCS seeding meeting is tomorrow where Paly will likely be selected to open division as either the fifth or sixth seed with their opening round game against St. Ignatius or Mitty.