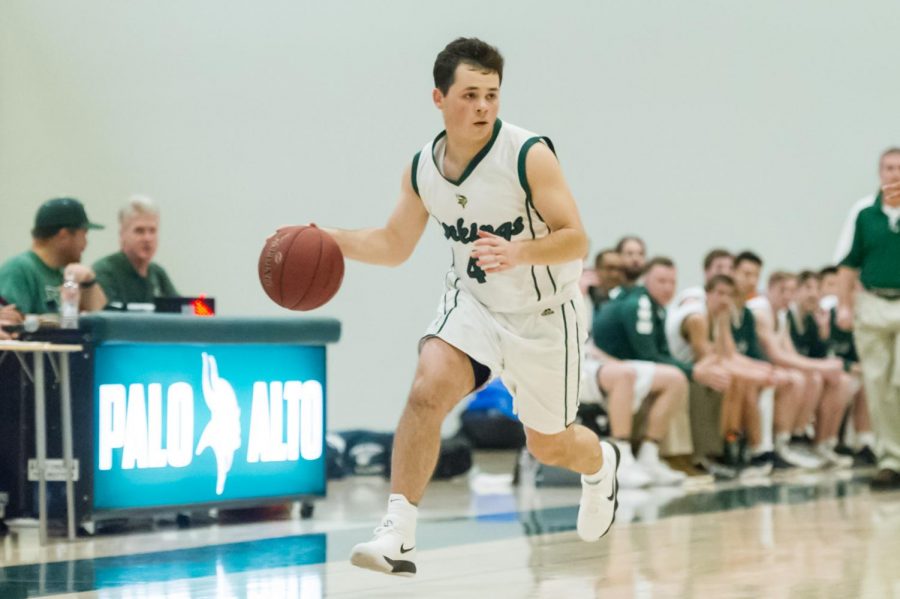 The Vikings were down three points at the end of the first quarter, but solid defense and a surge of quality offensive possessions late in the second quarter put them up 32-30 going into the half. In the final quarters they began to pull away and eventually sealed the 15 point victory.

Four Palo Alto players were in double figure scoring on the night including Max Dorward (‘18), Bryant Jefferson (‘18), Spencer Rojahn (‘18), and Jared Wulbrun (‘18). With the win the Vikings become the first public school to win a C.C.S Open game against a private school in the tournament’s history and according to Maxpreps, are now 23-2 overall winning their last 21 consecutively.

Wulbrun played a huge roll off the bench contributing 16 points including four three pointers that electrified the Paly crowd. He also took multiple charges on the defensive end that proved to be game changing plays.

“I’ve always loved playing in big games,” Wulbrun said. “You make it there because of the way you played all year so why switch it up now. This team is different because of the chemistry we have. We know who needs what shot and when they need it. We play as unselfish as we can and it results in big ones like the one tonight.”

Rojahn also added 16 points in the victory, and like Wulbrun had 12 points off three point shot attempts and accounted for six rebounds and five assists.

“We have been playing together for three years now and we have such a good team chemistry so when it comes down to these pressure situations we just trust each other,” Rojahn said. “We just know we are going to execute when the games on the line.”

The team has advanced to the semifinal round of the C.C.S Open division tournament and will take on Archbishop Mitty next Tuesday.