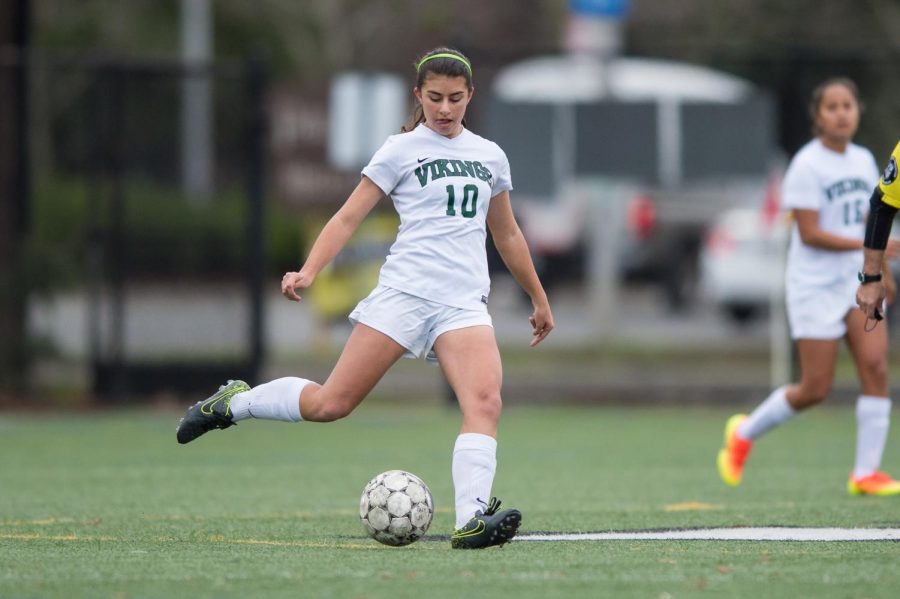 This Saturday the Girls Varsity Soccer team defeated the Pioneer Mustangs by a score of 2-0 behind goals from Frida Rivera (‘20) and Ally Scheve (‘18). This win means that the Vikings will advance to the semi-finals of the CCS open-division playoffs.

Early in the 13th minute of the game Rivera tapped in a header from close off of a beautiful pass from Leela Srinivasan (‘19). This goal was especially meaningful for Rivera because because while it was the first goal of the game, it was also her 16th birthday.

“It was cool that I was able to make a special day even more meaningful by getting that goal,” Rivera said.

The other goal for the Vikings came in the 39th minute, with only one minute left in the first half. Captain Emily Tomz (‘18) played Scheve a ball outside of the box and Scheve let it rip. The goalkeeper couldn’t get a hand on the ball and the Vikings gained two goal lead.

Overall, the team was overjoyed with the win that is sending them to the second round of the open-division playoffs. The team will face off against the highest-seeded team Archbishop Mitty on Tuesday.

“Obviously Mitty is a really good team with a lot of talent but I believe that we have the heart and personnel to beat them,” Rivera said.