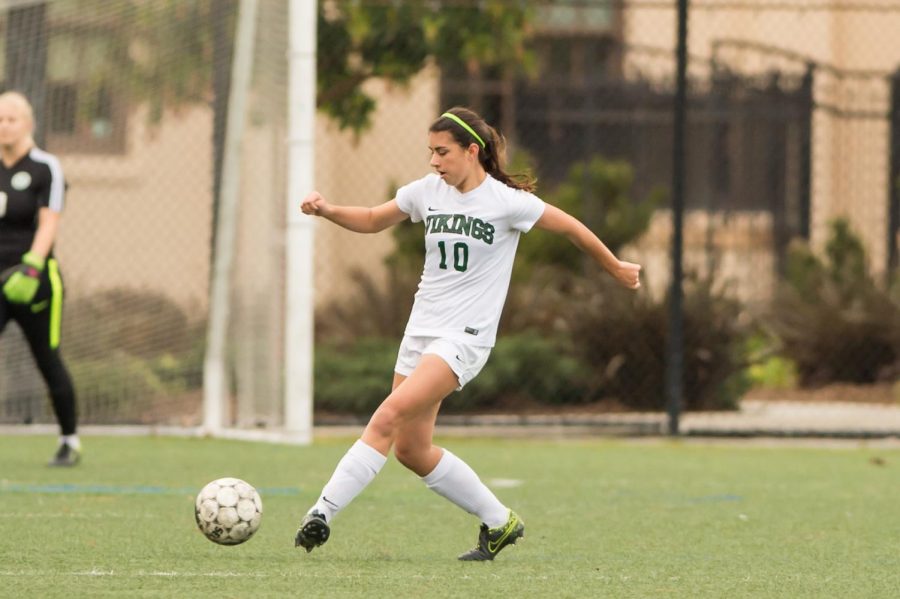 The Monarchs took control of the game early scoring their first goal within the first five minutes and proceeded to score again at the end of the first half. They scored twice more in the second half and limited Paly’s offensive chances which sealed the victory for Mitty. According to MaxPreps, the lady vikes are now 13-5-2 overall.

Even with the loss in C.C.S though, the team is still qualified for the Northern California regional tournament and they are ready compete.

“It was a tough loss, but this team has a lot of heart so we were able to fight hard throughout the match,” Frida Rivera said. “I think the team is now most excited to take on the upcoming challenge of regionals.”

This year’s has proven to be a very tight knit group and have shown their grit time and time again, never giving up even when faced with adversity.

“It was a tough game to handle but we kept strong until the end,” Venus Sandoval said. “Proud of my teammates for supporting one another and giving their best effort throughout the whole game. I’m proud to be a Viking.”

Palo Alto will play their next game in the norcal regional tournament. The bracket has not yet been released so their opponent and the date of their game has yet to be determined.