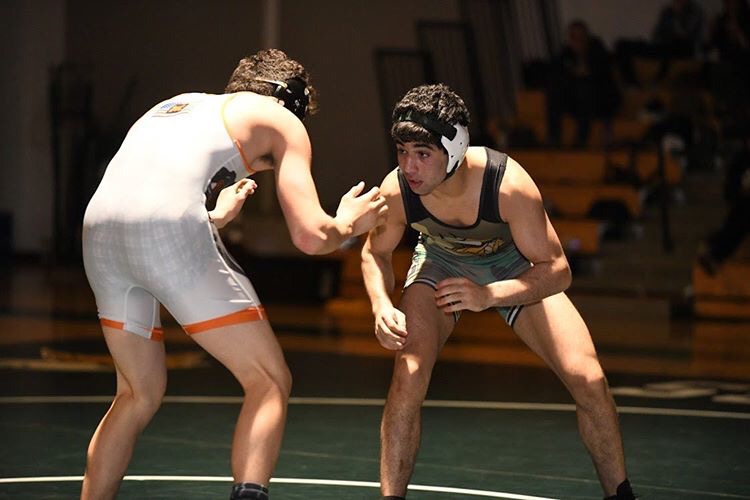 It was senior night for the Paly Wrestling Thursday, and despite stellar performances from certain individuals, the Vikings came up short against league rival Los Gatos with a score of 44-32.

Notable performances include senior Dara Heydarpour, who dominated his opponent from the start and pinned his opponent. Cade Creighton (’22) won by pin as well and Adar Schwarzbach (’21) won by major decision. Schwarzbach’s victory came against the #4 wrestler in CCS. But even with these individual stand-outs, as a team the Vikings were unable to defeat Los Gatos.

Despite the loss, Heydapour’s performance stood out especially because as a senior, this marked one of his final matches as a Viking. Sophomore Max Felter felt that it was especially nice to see a senior perform so well on a night dedicated to the class of 2020.

“It was nice to watch our captain [Heydapour] dominate his last duel as a Viking,” Felter said.