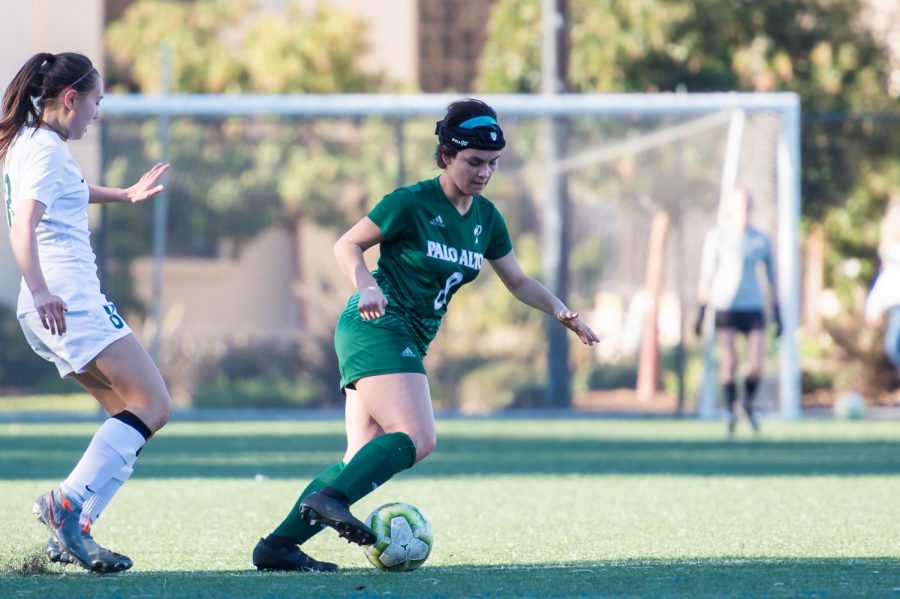 Despite senior night celebrations setting a celebratory tone for the game, the girls soccer team was unable to pull away with a win to cap off the night, losing 0-3 versus Homestead this Friday to drop to 5-4-7 overall this year.

The festivities were short-lived. Homestead dominated the game from its outset, scoring two early goals. Defense was a sore spot for the Vikings initially; the first goal came off of a cross to a Homestead player who was wide open in the box. The second goal, while better contested, was a shot just outside of the box, and forced the Vikings to face a 2-0 deficit. While that’s not an insurmountable lead, the offensive intensity from Paly’s end was limited in the game, and what seemed like a small deficit quickly became an overwhelming one.

Unfortunately, we let our intensity down at times, which cost us the game.”

“I think we should have created more opportunities going forward and should have tested out their goalie more from the start,” Kate O’Connor (‘20) said.

It was a problem that persisted in the second half, as Homestead scored their third and final goal, a corner kick that snuck into the goal untouched. It wasn’t that Paly lacked opportunities to score – the Vikings spent more time in their attacking half than Homestead did, pushing an aggressive offensive plan that challenged the Homestead defense – but the team wasn’t able to convert that aggression into opportunities to get shots off. During the second half, several good balls were kicked down the right sideline to Anna Tomz (‘20) but the team was unable to build on those plays to score. Even when Paly did get to the goal, they were thwarted. Jenny Solgaard (‘21) had a strong shot and good opportunity to score in the second half, but the Homestead goalie made a skilled save to prevent Paly from getting on the board.

Credit to Homestead’s defense is due – Paly was unable to capitalize on good looks, and failed to get off successful crosses and finishes.

“We really dominated the field and controlled the ball well out of the back,” O’Connor said. “Unfortunately we let our intensity down at times, which cost us the game.”

Despite the loss on senior night, the soccer team isn’t allowing their spirits to be dampened. This was a night to celebrate, and regardless of the final score, the night was one that honored Paly’s seniors and their incredible contributions to the team over the years. 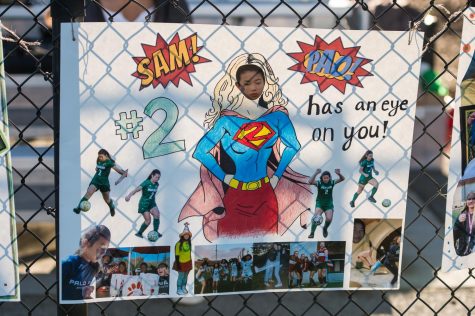 “Obviously it would have been great to win on senior night, but it was still a special night for all of us,” O’Connor said.

Paly girls soccer will play their next game on Wednesday, February 12th at 3:30 PM away at Mountain View. The Spartans come in with a record of 8-5-3, but the Vikings hold the edge against Mountain View in their away game record. Wednesday, they’ll look to improve that away record from 2-2-1 to 3-2-1.