Boys Basketball begin season with a 56-25 win against Overfelt 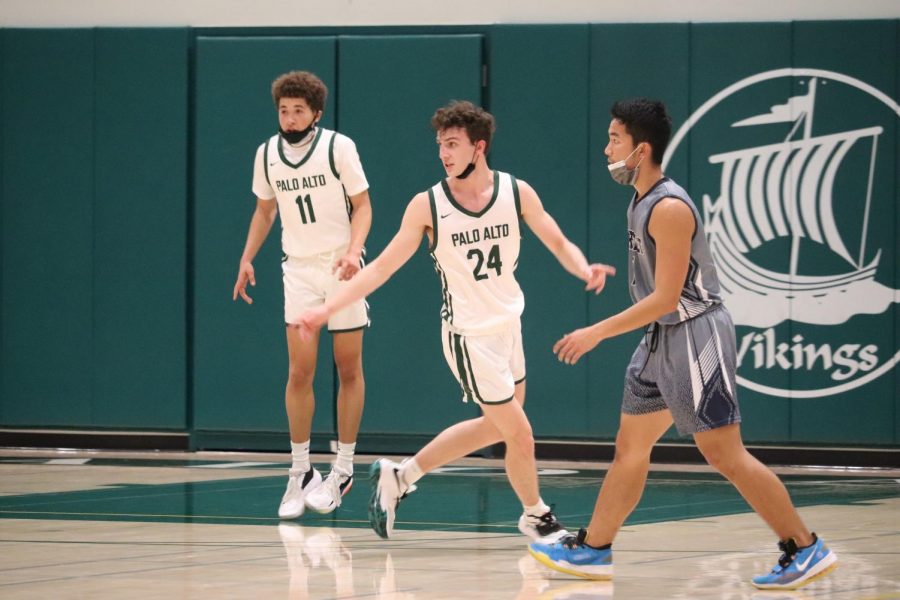 The Paly boys basketball team began their season with a 56-25 win against Overfelt, getting off to a strong start. The boys brought the energy throughout the entire game, making themselves be known to the other team.

Paly came out strong, quickly jumping to a nine to zero lead, as players kept driving through the lanes before Overfelt responded and got a basket. However, Paly didn’t stop there as they kept their momentum going with their intense defense, getting steals and blocks converting into quick layups while also hitting their shots. By halftime, Paly was up 29-8 and had control of the game.

“The intensity we showed at the start of the game was tremendous,” Coach Jeff Lamere said.  “You know, they only had, I think two field goals in the first half to feel golden to free dress and that’s against any team if you only give up two baskets, that’s a heck of a percentage.”

Paly kept their offense going against Overfelt’s 2-3 defense in the second half, finding the openings and getting shots and easy lay-ups against it. In the end, Overfelt tried to spark a comeback with some layups within the last few minutes in the fourth quarter but Paly held them off.

“We were able to scout Overfelt a little bit so we knew it was coming,” Lamere said. “But you know, we have good shooters, we have good passers and the practice that we did against it showed and we’re able to find open guys.”

Paly looks to continue their momentum in their next game against Woodside.