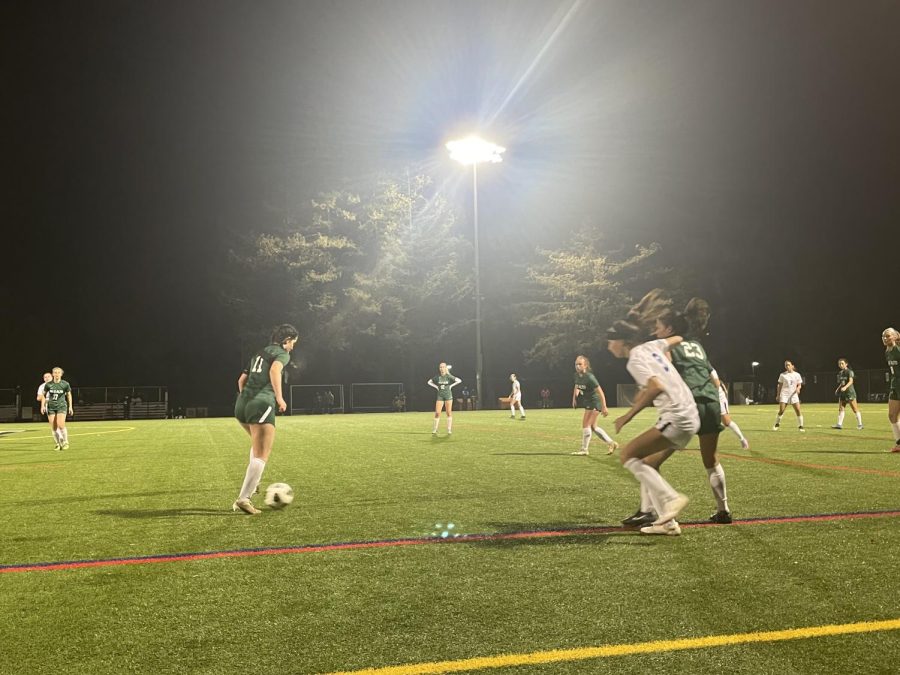 The Paly Girl’s soccer game against Santa Clara on Wednesday evening ended in a 2-2 draw. Payton Anderson (’23) and Mariana Kessinger (’22) were the goal scorers for the Vikings.

Santa Clara is currently second place in the De Anza League, and after this tie, Paly has dropped to fifth.

“Winning would have shown the other teams we were here to play and we want to be one of the teams to make it to CCS,” Anderson said.

The game was hard-fought, with the Vikings holding on to a 2-1 lead until Santa Clara cashed in the equalizer with under 10 minutes remaining.

The Viking’s have big games ahead of them, with the next game against fourth-place Los Altos on Friday, January 21st. They hope to use this tie as fuel going forward.

“This really motivates our team to win from now on,” Anderson said.