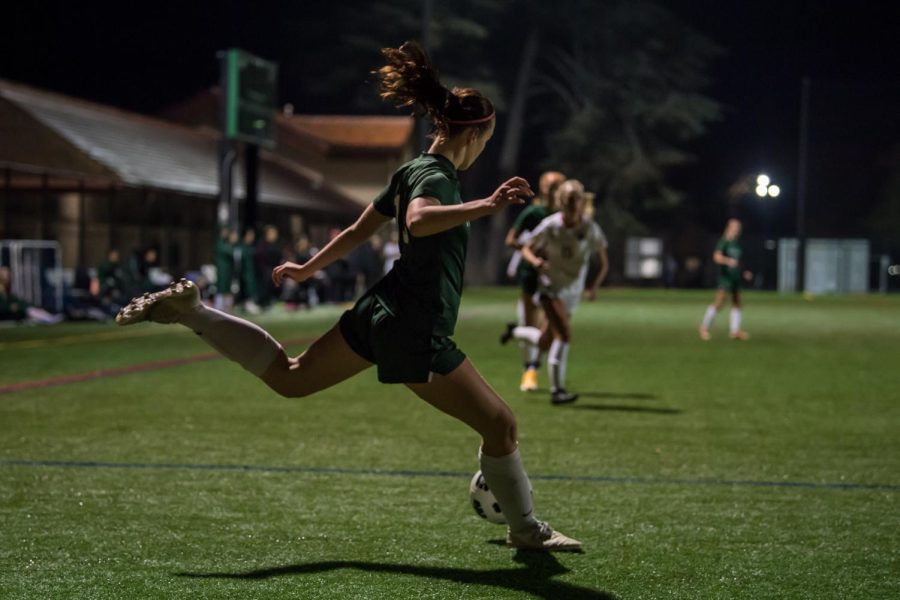 Thompson scored early in the first half, giving the Vikings the upper hand for the remainder of the game.

“Our main goal this game was to get up and score early and not let any easy goals in towards the end of either half. Accomplishing that was a big step for the team,” junior Payton Anderson said.

Paly entered the second half with a 1-0 lead and further increased it after Kessinger scored at the start of the second corner.

“Our energy was pretty good throughout the game and we put together a good ninety minutes,” junior Addie McCarter said.

The JV Girls also pulled off a win against Los Gatos, with a hattrick scored by Kiana Fields (‘24)

“A win feels great but it was expected, and it’s the next few games that we will need to really give our all if we want a shot at CCS,” Anderson said.

Currently ranked 5th in the De Anza League, the Vikings hope to get another win facing Homestead on Friday, January 28 at 3:30 pm at Homestead High School.