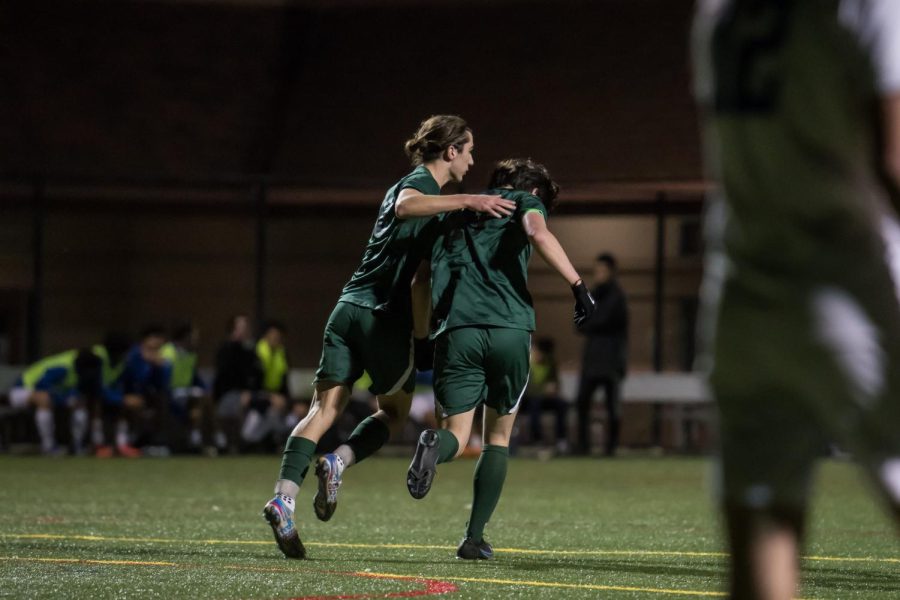 Paly Boys Soccer lost a hard-fought game to Los Altos 3-2 on the evening of Friday 1/21.

Los Altos scored the first point of the game which was followed around ten minutes later by an impressive chipped goal from senior captain Jaron Majors with an assist from junior Hunter Aronson to tie the game 1-1.

Going into the second half, Los Altos scored another goal in the first five minutes. Around three minutes later, Los Altos received a penalty kick which was beautifully blocked by Paly junior goalie Charlie Merkel, however, the ball rebounded and Los Altos was able to score once again.

Losing 3-1 on their home turf, the game began to shift towards Los Altos’ half of the field for much of the game as Paly repeatedly attempted to break down Los Altos’ defensive back line.

Toward the middle of the second half, Majors was fouled in the penalty box. As he set up his penalty kick, a small scuffle broke out between surrounding players in which referees intervened however no further penalties were issued.

Paly fans remained hopeful as Paly had a couple of opportunities to tie the game again, but unfortunately, were not able to do so in time and the final score was 3-2 when the final whistle blew.

“Some back and forth banter from both teams led to a tense game with some pushing around,” Majors said. “The heat from both teams showed we really cared and even though we didn’t win, we all played our hardest until the end.”

The boys look forward to a rematch at Los Altos’ home turf at 6:00 PM on 2/11. Be sure to tune in and support the Vikings!