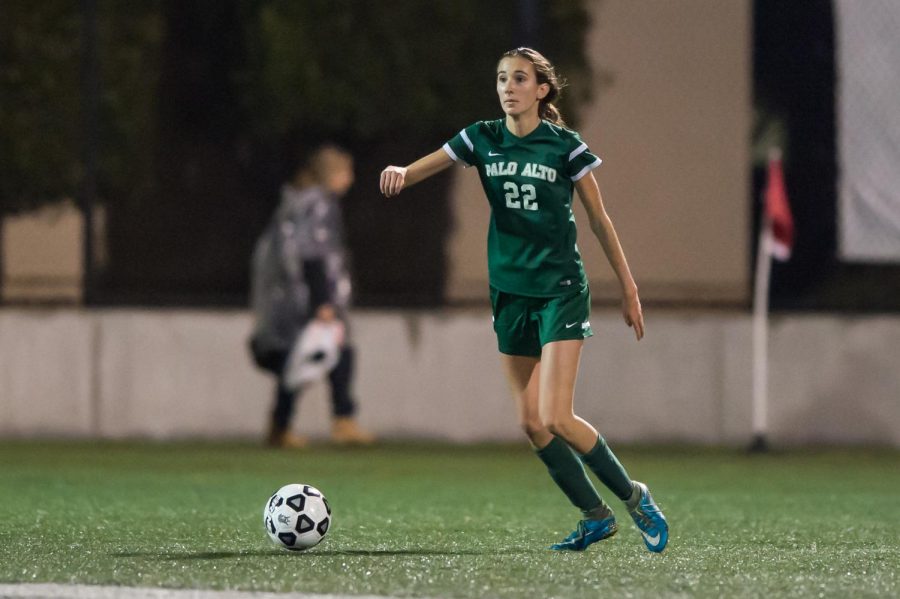 After a physical game last night, the Paly girls soccer team fell to Archbishop Mitty 4-0 in their 4th game this year.  Last season, Mitty beat Paly in the CCS semi-finals, knocking them out of contention for the championship. Mitty has proved themselves to be a good team but the Vikings put up a good fight.  Tyler Varner(‘20) played hard in goal taking a hit and getting a concussion which could be a big blow to the team.

Losing the first four games of the season, and now their starting goalie for the next couple games isn’t ideal, but the girls are optimistic.

“We lost a lot of seniors from last season so we needed a few games to adjust and find our team chemistry.  But I think we’re now ready to take on the rest of the league.” Rivera said.

As with any team, getting used to the new lineups and playing styles of everyone on the field takes time.  But with an easier game against Saint Francis this Saturday (11/8), the girls have a chance to get their first win and begin a trajectory of success.