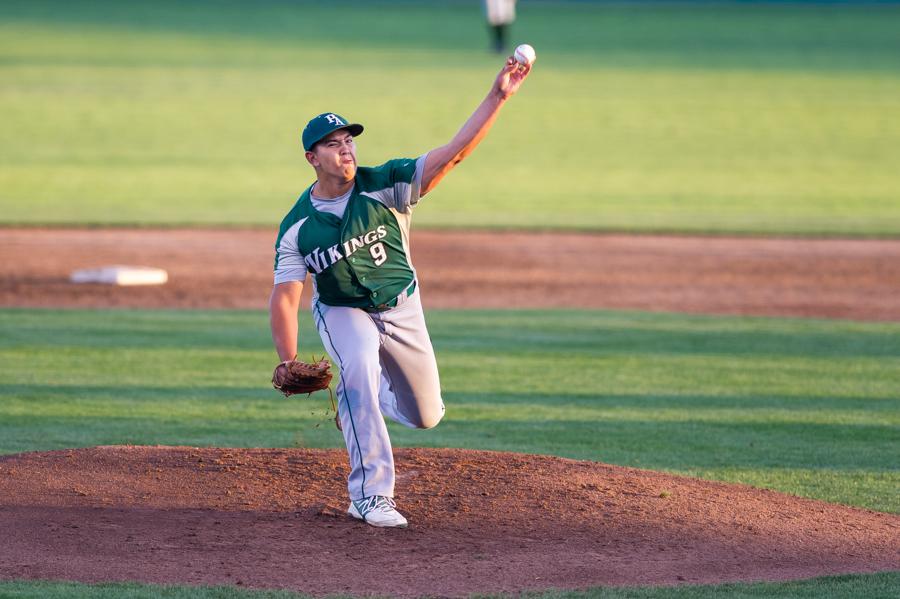 For this year’s Paly baseball team, which had a full set of new starters, reaching the Central Coast Section (CCS) semifinals was an achievement that went above and beyond expectations that had been set for this season.

Four days after a 6-4 comeback victory over fourth-seeded Bellarmine High School in the CCS quarterfinals, the fifth seed Vikings took the field at San Jose Municipal Stadium on Wednesday to take on the St. Francis Lancers in a semifinal showdown. The Lancers came away with an 8-3 victory, ending Paly’s season and its hopes of making the championship game.

Paly hung in to start the game, which remained scoreless through the first two innings. St. Francis ace pitcher Michael Strem (10-1, 1.12 ERA) retired Paly’s first three batters with three pitches in the top of the first. In the bottom of the inning, St. Francis’s leadoff hitter reached first base on a Viking error, but Paly pitcher Danny Erlich (’13) (5-6, 1.93 ERA) retired the next three hitters he faced in the inning. Strong pitching from both teams carried into the second inning, keeping the score at 0-0 after two.

The Vikings got things going in the top of the third when Sean Harvey (‘13) singled during his first appearance to get on base and proceeded to steal second during James Foug’s (‘13) at bat. A bunt from Foug got Harvey to third, and a sacrifice fly from Austin Poore (‘13) to deep left field  brought Harvey in for the go-ahead run. The Vikings now led St. Francis 1-0, but the lead did not last long.

The Lancers responded in the bottom of the inning, taking the lead they would not relinquish for the remainder of the game. St. Francis’s leadoff hitter reached second base when a low throw from Michael Strong (‘13) to first baseman Rowan Thompson (‘13) got past him. Erlich walked the next batter, putting runners at first and second with no outs. A sacrifice bunt advanced the runners to second and third, and a hit to right center field brought them home to put the Lancers up 2-1. One more run in the inning brought the score to 3-1, St. Francis.

No Vikings got on base in the fourth, while St. Francis proceeded to add three more runs to their total. Paly made two pitching changes in the inning, the first coming after Erlich hit a Lancer batter to put runners on first and second. Rohit Ramkumar (‘13) came in to the jam but was unable to prevent St. Francis from tacking on three more runs, bringing about Paly’s second pitching change of the inning. Brian Kannappan (‘14) got the third out of the inning, limiting the damage done by the Lancers, ending the inning with the score at 6-1, St. Francis.

Neither team managed to reach base in the fifth, with Strem and Kannappan each retiring the three batters they faced in the inning.

The Vikings rallied in the sixth when Strem walked Michael Strong (‘13) with two outs to bring Jack Cleasby (‘14) to the plate. Cleasby reached first to advance Strong to second, and with two on and two out, Rowan Thompson (‘13) ripped a liner to left center, scoring Strong. Austin Kron (‘14) hit an RBI single to bring Thompson home, putting the score at 8-3 going into the second half of the inning.

In the bottom of the sixth, the Lancers negated any gains made by the Vikings by adding two runs to their lopsided lead over Paly. The Vikings entered the seventh inning with their season on the line but failed to put runners on base, thus dropping the match to St. Francis by a final score of 8-3.

Though the loss was disappointing for a team with high expectations of itself, Foug found that the final outcome was one to be proud of.

“Coming in [to this season] we had nine new starters, so we didn’t know what was going to happen,” Foug said after the game. “I think getting to the CCS [division I] semis is a pretty good achievement for our team.” 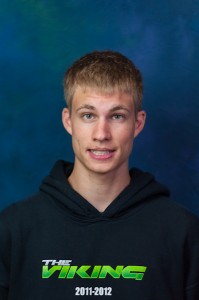