Chapter 2:  The Slap Heard ‘Round The World

Week one’s fantasy sleepover was marked by one moment, “The Slap”.  “The Slap” was between two Viking guru’s, Ben Cleasby and Ethan Stern, stemming from a preseason argument that left Ben Cleasby deserving of one slap onto Ethan Stern.

However, Stern said, “What Ben Cleasby did was a crime against humanity.  He made an assumption then acted rash about it.  I will avenge myself.”

Cleasby responded to these allegations saying, “Ethan Stern is a stuck up little pig who never owns up to his mistakes.  He deserves what was coming for him.  If he so much as touches a perfect hair on my dainty head, he will be chained to the fire in hell.”

Luckily, this fight did not impede upon the fantasy festivities, but Stern may never be the same again.

Love: Ravens D/ST – Coming off of a very strong week 1 showing against the Denver Broncos, the Ravens have an easier matchup this weekend against the lowly Oakland Raiders.  The Raiders quarterback Derek Carr left last week’s game early and despite rumors he’ll suit up this weekend, there is a strong possibility he won’t be at 100%.  The Ravens defense could have a huge week.

Hate: Emmanuel Sanders – The speedy wide receiver had a decent week last week, but his quarterback Peyton Manning really struggled.  Playing on Thursday night, the Broncos won’t have enough time to fix those offensive issues.  With a tough matchup away at the Kansas City Chiefs, their offense will struggle again, not leaving much work for Sanders.

Love: Ameer Abdullah – Abdullah last week put up 50 yards on just 7 carries with one touchdown, the bulk of which came off a 24 yard TD run as he slipped pass Pro-Bowl safety Eric Weddle. This week Abdullah plays a porous Vikings D/ST who just let up 168 rushing yrds and 2 TDs to running back Carlos Hyde. With Abdullah looking better than Joique Bell, look for him to have more carries and more points.

Hate: Peyton Manning – Manning’s at the point in his career needs a stellar offensive line to perform well, with the Broncos O-line not looking too great Manning is often under pressure and rushing throws. Going up against a Kansas City D/ST you can hope that he does well however, there also many quarterbacks on the waiver wire that could do as well or even better than the risky Manning.

Love: Stephen Gostkowski – It looks like the odds of having a quite solid game for this New England kicker are very favorable. The Patriots’ explosiveness on offense won’t seize to get into scoring position but against a tenacious Bills defense I don’t see them finishing as many drives in the endzone. I forecast double digits for trusty ol’ Stephen this week.

Hate: C.J. Anderson – Going into a short week with the Thursday night game, this week could get ugly. Anderson is questionable for the matchup against a Chief defense that is coming off a solid performance in week 1. Also, with Peyton Manning not playing his best football the offense will not be able to establish the passing game therefore shutting the run game. I don’t see this scrub getting anything more than a 7.

Love:  Ryan Fitzpatrick – This Harvard Grad, who had the highest score ever on the Wonderlic Test, is up against a Colts’ offense who will rebound from a bad week 1 offensive outing.  With Andrew Luck looking for a bounceback week,  the Jets will probably be playing from behind, making them need to abandon the run by quarter 4.

Hate: Latavius Murray – Up against Ravens D/ST who held the Denver running backs to less than 70 yards, Murray will need a blowout game or a touchdown to make him a viable flex play.

Love: Brandin Cooks – After a slow week 1 against star cornerback Patrick Peterson and the Arizona Cardinals, Cooks is set to break out against a weak Buccaneers secondary. Last week the Buccaneers allowed a rookie quarterback to throw for four touchdowns in just the first half in his first ever NFL game, and Cooks has superstar Drew Brees throwing him the ball.

Hate: LeGarrette Blount – Coming off a one game suspension LeGarrette Blount should assume the starting role in New England’s backfield, but with Bill Belichick you never know which running back is gonna play, especially with a strong showing from Dion Lewis last week. The Patriots are also facing a strong Buffalo defense in week 2 that shut down the Colts Offense last week.

Johnny Manziel – With Josh McCown possibly out, why not? #JohnnyFootballTime

Going up against a weak Packer defense, Beast Mode could go off and have one of the best performances of the season so far.

Jamie Cullen V. Ethan Stern
Tweet the gurus any questions you have about your team @VikingFantasy15! 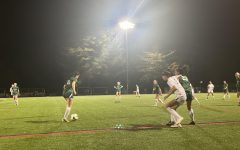 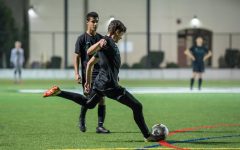 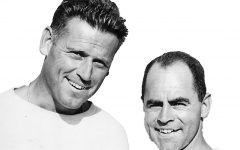 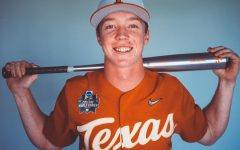 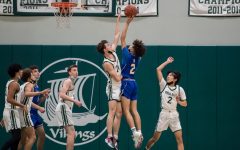