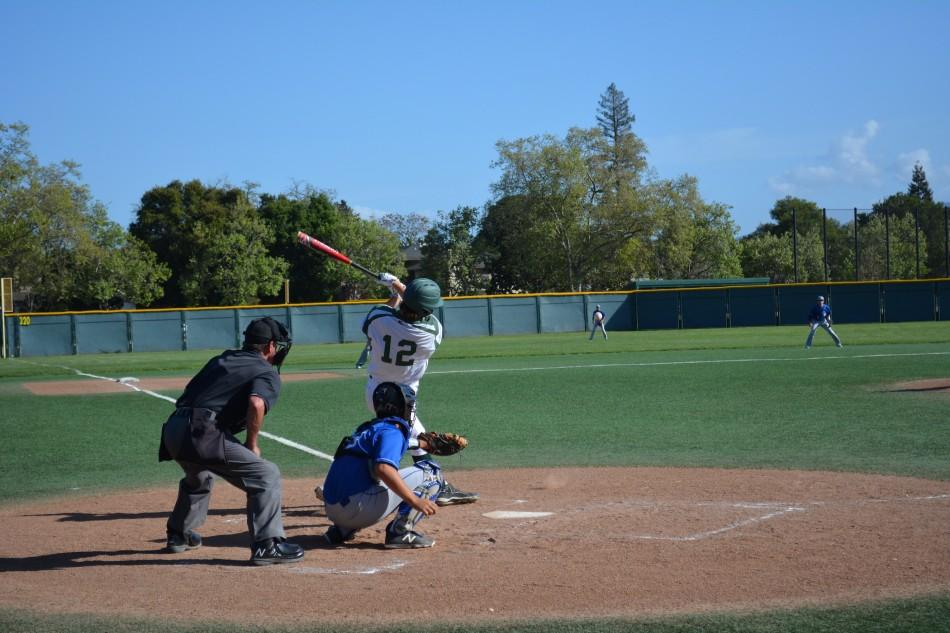 Despite a strong defensive effort led by pitcher Justin Hull (‘16), who had six strikeouts and pitched a complete game, the Vikings fell short of the Los Altos Eagles 1-0 in today’s matchup.

Both teams started slow on the bats, but the Eagles quickly changed that. In the second inning Los Altos hit a solo home-run which would go on to be the only run of the game.

The Vikings responded with a line drive to right field by Owen Plambeck (‘16), but could not keep the momentum going when Lawrence Han (‘16) grounded out to second base forcing a double play.

The Vikings defense played an impressive game with only two errors inclduing four innnings with three batters and a double play of its own.

“Anytime we can limit the other tean to one run we know we did an outstanding job in the field,” Plambeck said. “[Justin] Hull did an amazing job on the mound and it is tough that we didn’t back him up with our bats.”

The team struggled offensively with six strikeouts and six runner left on base. Riley Schoeben (‘16) hit a basehit in the third inning and ended up going two for three to finish the game. A sacrifice bunt moved Schoeben to second, but the Vikings couldn’t bring him home.

“We had enough base runners, but we just didn’t get the hits when they counted,” Schoeben said.

After an uneventful fourth and fifth innings besides a base hit and stolen base by Schoeben, the Vikings seemed to gear things up a little bit going into the final innings of the game. Max Jung-Goldberg (‘18) was walked and stole second base on a wild pitch. The Viking’s didn’t capitalize on its scoring opportunity.

“Moving forward we are looking to keep winning,” Alec Olmstead (‘16) said. “We have Los Gatos after Spring Break so we are really gearing up for that. Overall we want to win our league and CCS.”

The Vikings will have another chance to play the Eagles this Friday at Los Altos High School. The Eagles are 4-3 in league play compared to the Vikings record of 6-1, Los Altos giving Paly its first league loss.
“We need to stick with our approach and take care of them on Friday,” Plambeck said.