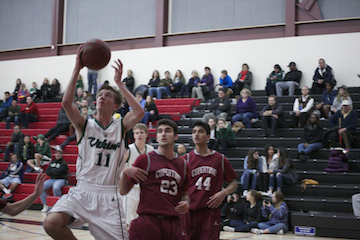 Max Forward ('18) finishes high to the rim on a baseline drive.

The Vikings came out strong, with Max Dorward (‘18) getting to the basket and scoring four points early in the first quarter. However, Cupertino was able to battle back and with four minutes left in the quarter, Paly was down 8-6. At the end of the first quarter, the two teams were tied 13-13.

Within the first four minutes of the second quarter, Paly went on a 9-3 run. Miles Tention (‘17), one of the team’s starters and primary scorers, got into foul trouble with a minute left in the first half, but the Vikings were able to maintain their lead, finishing the half 26-22.

“I thought it was more of everybody contributing, doing their job, and finding a way to get the easy basket,” Coach Diepenbrock said.

Although Cupertino was able to fight back early in the third, pulling away at 35-30, Paly silenced the comeback. The Vikings finished the game 48-39, continuing their undefeated league streak.

“For our next game, we just have to make sure we do what we do,” Will Schlemmer (‘18) said. “I don’t think anyone else is going to zone us up so as long as we run in transition, make the extra pass, play good defense, and be aggressive, I think we’ll have a good game.” 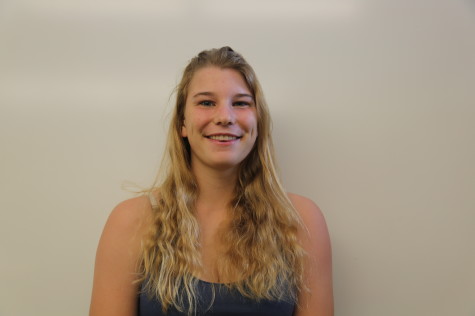 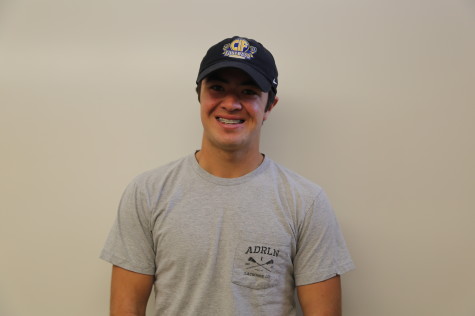