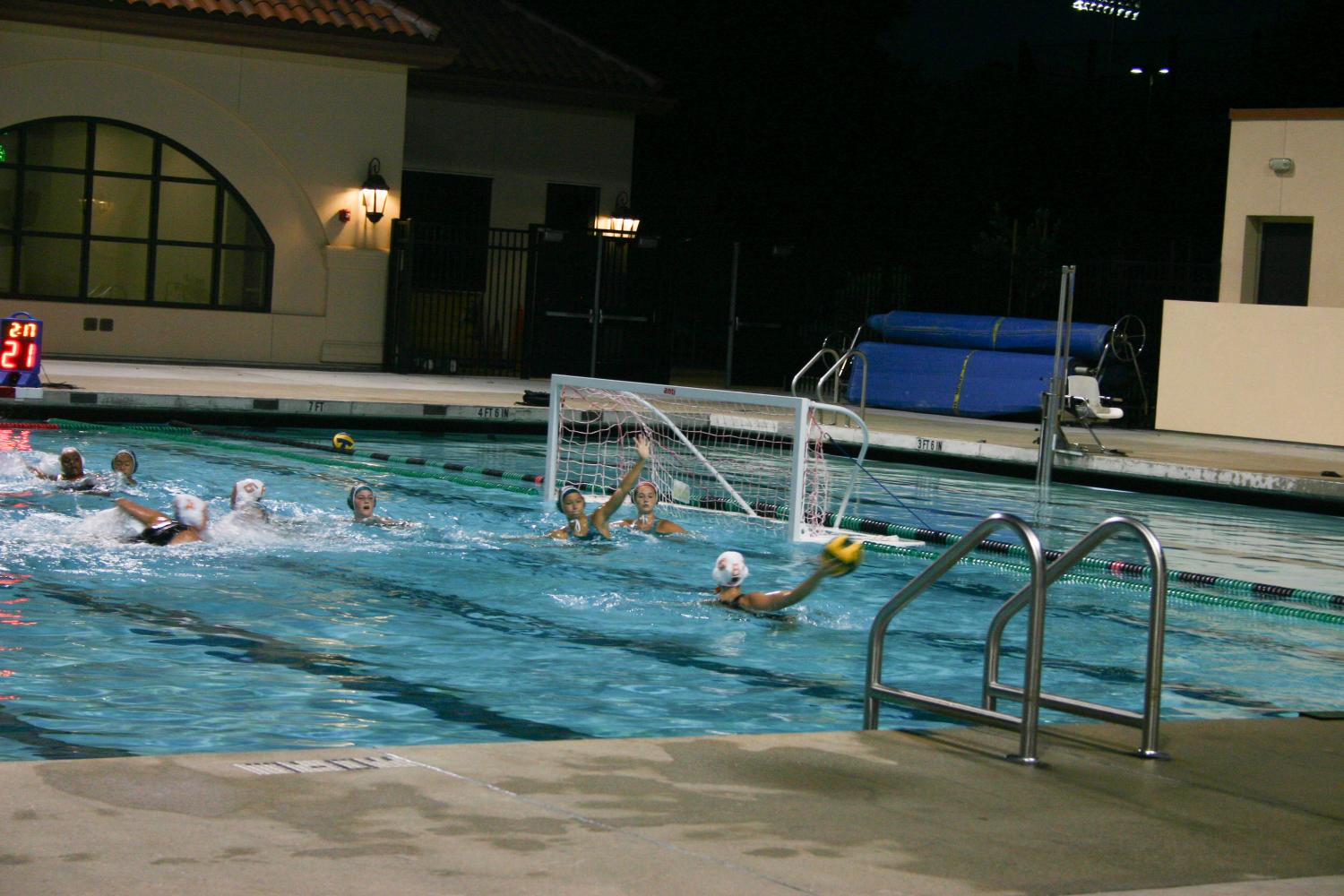 In a passionate game against Los Gatos Tuesday night, the girls’ varsity water polo team lost 11-7 to the Wildcats. Despite the ranking of Gatos after last season, the Vikes fought hard until the whistle.

Los Gatos finished number one in the league last season, and are continually a tough match for Paly. They showcase strong players and an effective offensive strategy.

“Los Gatos is so good in anticipating and getting that second wave on the counter attack,” said Coach Doug Stotland. “That’s how they got all their goals on us today, so that was a real challenge for us.”

From the start, Gatos was quick to get the ball and make attempts at goal. The team started off not just offensively but very physically as well, getting six fouls in the first quarter alone and as many as three calls in one minute. Hollie Chiao (‘18) responded quickly with a goal, but the first quarter ended with two more goals for Gatos.

The second quarter the Vikes fought back, Sophie Frick (‘18) getting a goal right away. Frick had an outstanding offensive game overall, contributing fix of Paly’s seven goals.

“Sophie Frick was just not to be denied, she wanted the ball in the net and she just made it so,” said Stotland. He spoke highly of her shots and remarked that none of them were easy to make, either.

Goalie Esme Stotland (‘19) also had a great game. She brilliantly blocked many of Los Gatos’ tricky shots, but she also gave a lot of credit to the girls around her.

“I really thought the defense was so good and we had a good game overall,” said Stotland. “Even if we lost I thought we played really hard.” Stotland explained that Gatos is always tough competition for both the boys’ and girls’ teams, proved by their finish last season.

“I know we struggled a lot last year with beating them throughout [both teams]. I think Gatos is slated to be number one again this year, but not if we beat them… Next time we play them we’re definitely going to come out on top.”

The Lady Vikings have a lot of time to prepare for their next Gatos faceoff, but in the meantime play at Gunn this Thursday.