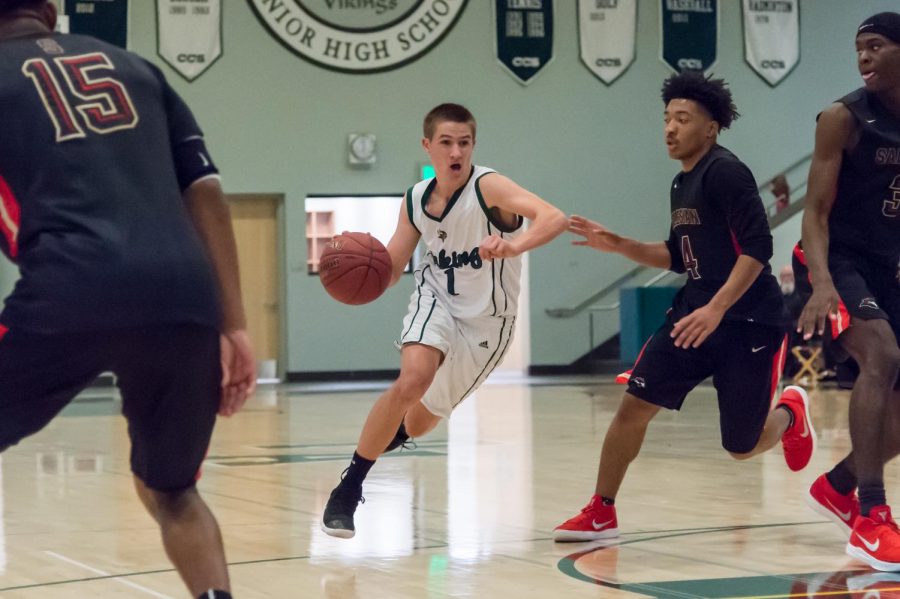 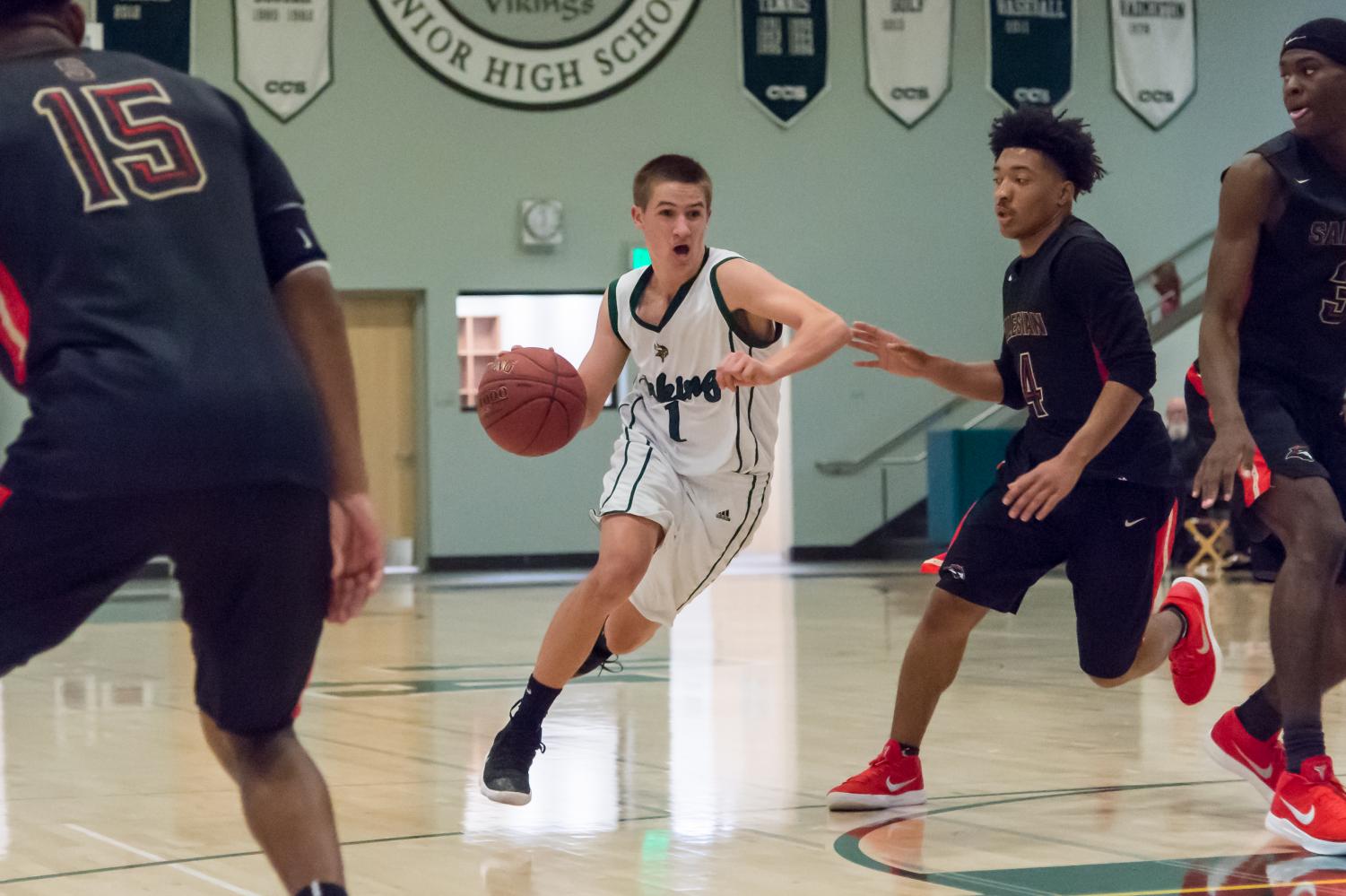 Los Altos made it a competitive game for the first few minutes, with the Vikings going down 5-2 to start the first quarter. The game appeared to be a close one with Los Altos knocking down contested shots early on. However, the Vikings ran away with the game, going on a 41-6 run to take a commanding 43-11 lead.

The impressive Paly run was characterized by knocking down contested shots and an incredible job of getting offensive rebounds. Will Schlemmer (‘18) and Spencer Rojahn (‘18) each hit a deep three to pull away from the visitors. To add onto Los Altos’ defensive struggles, none of their shots were falling. Solid intensity and effort by the Vikings held Los Altos to an embarrassing scoring output.

“It was one of our best performances this season,” Will Schmutz (‘18) said. “Our intensity on the defensive end was unreal and we need to keep that up for the rest of the season.”

The Vikings cruising by Los Altos also gave some younger players a chance to play, with Wes Walters (‘19) getting significant minutes. Walters converted the belief from Coach Peter Diepenbrock into a solid performance, showing incredible passion on the offensive glass.

With that win, the Vikings begin to get on a roll as they head into the bulk of the league season, with a crucial matchup against in-town rival Gunn this Saturday and rival Los Gatos next Friday.