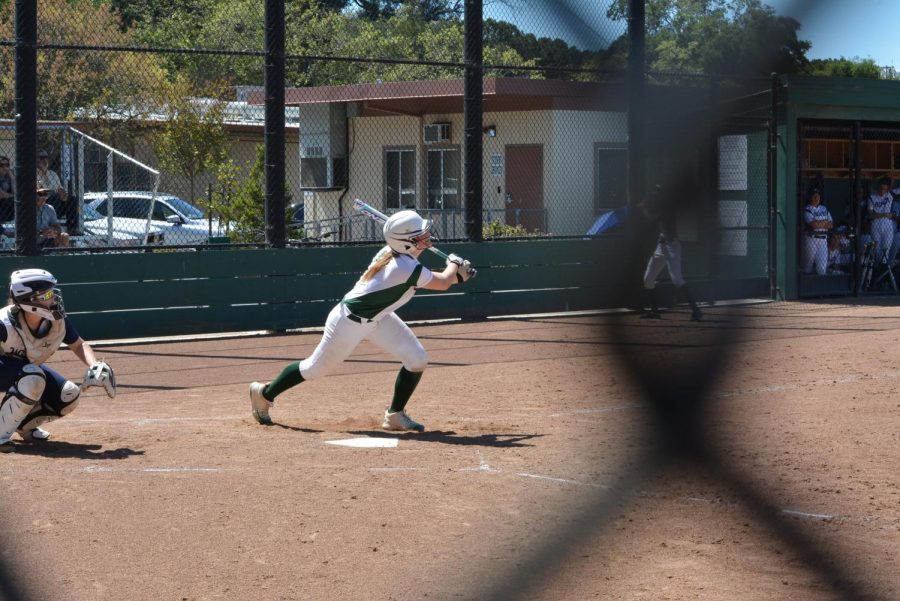 Leading the game from the first inning, powerhouse Marin Catholic beat the softball team 2-0 on Saturday.

Although the private school from East Bay is not in the same league as Paly, the face off was good practice for playoffs, especially with competition like Marin who have a 9-3 record this season. Paly fielders and pitcher Lindsey Kim (‘19) held up good defense throughout the game, but Marin’s pitcher proved to be a tough matchup.

“She had a lot of movement on the ball, and she really liked the outside corner, ” said coach Brooke Binkley. “Our girls were having a little bit of trouble catching up with her.” Even the best batters on the team were struggling to get hits.

“It’s definitely a mental game,” said outfielder Phoebe Crabb (‘19), on facing a tough pitcher. “You have to be in the right mindset for it.”

Binkley praised the team’s ability to keep the score tight, on the positive side, and was proud of Paly’s fielding.

“They held [Marin] to two runs, and both runs were unearned,” said Binkley.

The team looks forward to Tuesday’s game against the Titans, who are also big competition for the Paly softball team.

“The only thing we’re really worried about is Gunn. They’re really good, and the fact that it’s a home game adds a little pressure too.”

Playoffs start in May, with seven more regular-season games after Tuesday’s matchup. The girls hope to work more on the offensive side of the game and syncing up their swings as a team.