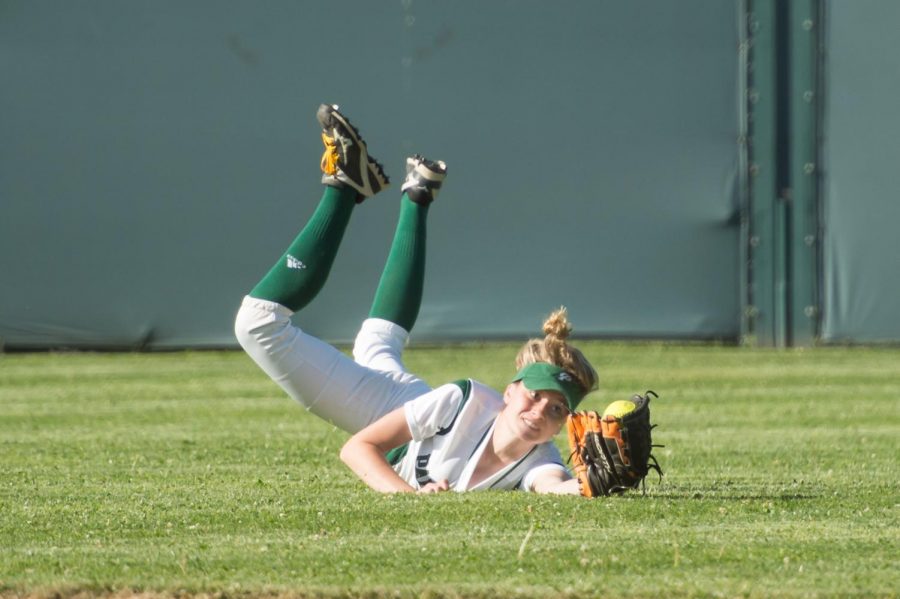 In a thrilling finish, the softball team beat Gunn at home last Tuesday with a score of 4-3. Being down in the final inning 2-3, it was all on the shoulders of sophomore Zoe Silver to bring in her teammates for the winning runs.

Additionally, the Lady Vikes had some bad blood with the competition, not only for name’s sake but because the Gunn team is a tough opponent on the softball field. After losing in extra innings at their last matchup, getting the victory this week was even more sweet.

“When we played them earlier in the season, we barely lost in the 10th inning, so winning this time around and getting our revenge felt amazing,” said catcher Sydney Liu (‘19).

Liu and pitcher Lindsey Kim (‘19) held up the team’s defense, which was solid throughout the game, but the play of the game came in the 6th inning from Samantha McBride (‘18). With the score tied at two all and only one more inning ahead, it was crucial for Paly to prevent any runs. With a pop fly from Gunn to right field, McBride had to sprint and finally dive to catch the ball and get the batter out–sending the dugout And Paly parents in the stands into lively cheering. Kim then pitched a strikeout and the Vikings were up to bat again.

The pressure was back on in the final inning, however, after Gunn scored, making it 3-2. Bases were loaded with one out when Silver was up to bat. Staying cool under pressure, Silver batted a double, bringing Kim and Liu home to beat the Titans 4-3.

“I was most proud of our team when we fell behind,” Liu said. “We didn’t let the score affect how we played, and we stayed energetic and positive throughout the entire game. Although we never had the lead until the winning run scored, we didn’t lose hope, allowing us to rally back and win in the last inning.”