During the 2012 London Olympics, David Boudia of the United States faced off against Qiu Bo of China in the diving finals. In attendance was Jack Callaghan (‘19) and his family. Although Callaghan had never seen a diving event in his life, he was very intrigued when fellow American David Boudia bested his competition and took home the gold. Boudia’s victory ended up sparking Callaghan’s own passion for diving.

When Callaghan returned home from the United Kingdom, the first thing he did was open a computer and search for the nearest youth diving association in Palo Alto. Callaghan opened a tab with the Stanford Diving associations website, and the rest is history.

Callaghan has been a member of the Paly Varsity Diving team for all of his 4 years. He has competed in many state and national tournaments, and hopes to continue his diving career to the collegiate level at New York University.

In addition to Callaghans experience in and around Palo Alto, he has participated in many national tournaments. This includes the 2017 national qualifiers in Fresno, California. Callaghan was extremely unprepared for the meet, as he did not have enough practice time before the event to perfect his dives. In addition, he only arrived in Fresno one day before the meet, where it was over 100 degrees and the pools were crowded. Despite this adversity and ill-preparedness, Callaghan nailed all his dives in the meet and qualified for nationals. This was one of Callaghans most memorable experience in his diving career.

“It was pretty sick”, Callaghan recalled.

Callaghan has participated in many tournaments similar to this one across his diving career, but his experience in Fresno in 2017 was incredibly memorable.

“I feel like Fresno was when I truly felt diving was the sport I wanted to continue into the future,” Callaghan said.

After qualifying during this this event in Fresno, Callaghan was also successful in the national tournament itself, placing in the top 50% of all divers participating.

“Although it wasn’t my best set of dives, it truly boosted my self-esteem to be remotely close to some of the incredibly talented divers across the US,” Callaghan said,.

Callaghan has also been an extremely successful Paly diver. For all of his first three years of high school he has qualified for CCS and placed in at least top 10 out of the 30 plus divers competing at the Bay Area event.

Beyond his personal success at Paly, Callaghan has also put effort into the success of underclassmen divers who may not have as much experience as Callaghan.

“I try and help all the underclassmen and less experienced divers because I dive at Stanford and see stuff and can correct stuff they don’t,” Callaghan said.

Largely influenced by his help of the underclassmen, Callaghan has been put as diving team captain for this senior year, and the team has high hopes for their ability to win league, CCS, and beyond.

“We are hoping to be really successful this year,” Callaghan said.

The boys diving team is set for a successful season with returning divers Callaghan, J.P. Ditto (‘19), and Max Valasek (‘20), who all have plenty of experience and talent to take the team far.

All in all, Jack Callaghan is an example of an athlete who has taken up a sport new to them and absolutely adored for years. From watching American Olympians in the London 2012 games to being elected senior captain of the Paly diving team and committing to the New York University diving squad, jack Callaghan has had and will continue to have an incredible Diving career. 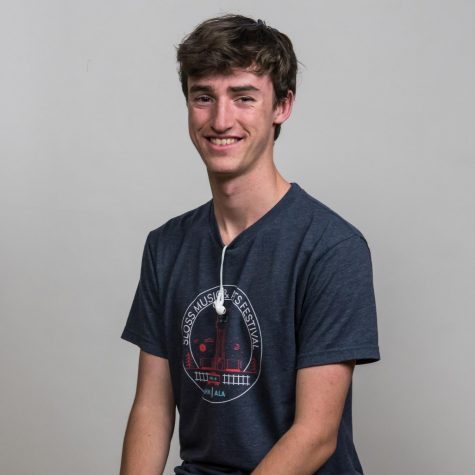