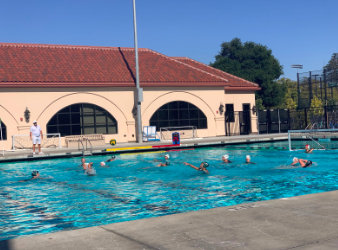 The Vikings setting up their offense with Sophie Kadifa (’21) at the top.

As the final buzzer went off and the team ended their huddle with a “Sko Vikes”, the Paly Girls Water Polo team celebrated the win of their first league game this Thursday, with a high scoring show out against Homestead, 11-7.

The first quarter consisted of Chesnie Cheung (‘20), who came ready to play from the start, as she scored in the first 15 seconds of the game. Just shortly after, Homestead responded with a quick goal. The first quarter ended with many aggressive attempts by both teams, and a close score of 3-4, Homestead on top.

As the starters headed back out to their positions, the second quarter began with Cheung gathering the tip for her team, as she did for all 4 quarters.

Hana Erickson (‘21) displayed her offensive intensity and perfection the entire quarter. Scoring a total of 5 goals in the game, and 3 in the second quarter alone, Erickson’s offensive fight greatly contributed to this win.

“Hana was especially tough for the other team to handle. She just kept imposing her will in the set position and getting after the rebounds which was really tough on the opponents,” coach Doug Stotland said.

The first half ended with a score of 7-5, Vikings ahead.

The second half consisted of goalie, Andie Tetzlaff (‘21), making game changing saves to keep the Vikings on top. Tetzlaff got so hot in the goal that she even blocked an attempt with her head.

“After I blocked it, the ball hit the top of the goal and just hit my head. It all happened so fast, but I guess it worked,” Tetzlaff said.

Another major contributor to the win was Sophie Kadifa (‘21), showing her defensive force that stopped many attempts heading toward the goal.

“If we continue to get better throughout the season and come together as a team, it skies the limit for us,” coach Doug Stotland said.

With this solid start to the new season, the Lady Vikes look forward to their next game in a week against Mountain View. 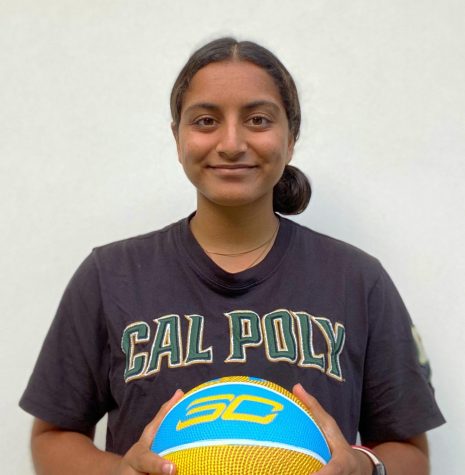