The Final Word: The NFL Should Reconsider Starting the Season – The Viking Magazine

The Final Word: The NFL Should Reconsider Starting the Season

When the sports that we love were taken away from us because of the COVID-19 pandemic, we were all devastated. But we wanted them to come back just how we left them, not with athletes having to skip games and matches getting suspended. The NFL has seen many players get sick in recent weeks which suggests that it’s time to suspend the season, and only return once they can ensure that the integrity of the game won’t be affected. 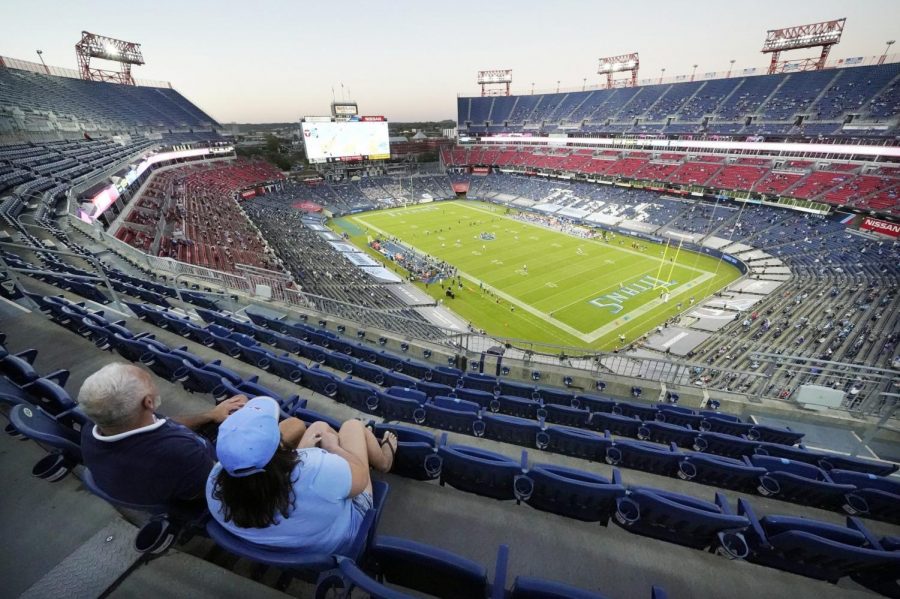 Ryan Tannehill and the Tennessee Titans are currently 3-0, surprising many fans following their Cinderella story run to the AFC championship game last season. However, those three wins may be their only of the year: after four positive Covid-19 tests from active players, their upcoming game against the Pittsburgh Steelers has been postponed.

While every NFL fan has undoubtedly wished that the season starts on schedule without a hitch, it is just as important that the season isn’t stopped halfway through. Up until this point, there hadn’t been any significant reports that suggested that it would be, but this event could shake up the season. Each team usually plays 16 games, with one “bye week” where they don’t play, meaning that each team can really only afford to cancel one game before they have to dismantle the schedule. And if a couple of teams aren’t healthy enough to play, it’s difficult to justify everyone else continuing with their games, because that means that there is no real uniformity in the play conditions of each team. One team that gets a three-week break would likely play better than a team that has to play three weeks in a row, and that would stir up tensions between owners, fans, and players.

One example of this effect is with the New England Patriots and their star quarterback Cam Newton. The former Heisman Trophy winner has paid his dues in Carolina, making the playoffs four times but never winning a Superbowl. After being replaced by their new starting quarterback, Teddy Bridgewater, Newton had no place to go. His physical playstyle and tendency to run the ball into bigger defenders left many questioning whether he had anything left in the tank. For that reason, he was left virtually untouched in free agency, by every team except one: Bill Belichick and the New England Patriots. They offered him an incentive heavy contract, and he worked hard in the offseason to win the starting role. He led them to a 2-1 record with fairly impressive statistics and was expected to be tested heavily with a game against the 3-0 Kansas City Chiefs. Yet, for all his hard work, he tested positive for Covid-19 just a few days before the game and now has to sit out while the team’s backup quarterback, veteran Brian Hoyer, takes the reigns. How can one justify this being a fair matchup when one team’s star player won’t be able to compete?

The playoffs are a similar story. The atmosphere and hype leading up to the games is what makes many instant classics, but how is it the same with few to no fans in the stands? How can we be sure about letting some teams in and keeping some out when their schedules and conditions are completely different? Every week, the number of questions grows, and every week, the number of infected players and staff rises.

The NFL is taking some measures to try to get teams to tighten up, such as threatening to suspend players and coaches or take away draft picks from teams. However, we think that they have to understand the situation better — these precautions don’t guarantee that no one will contract the virus, and once one person has it, as we’ve seen time and time again, there’s no telling how many other people have it too. Additionally, without a “bubble” system in place (which the NBA is currently using), it’s harder to tell if players are actually adhering to the guidelines. In the basketball world, the league has a strict no tolerance policy. Rockets forward Danuel House Jr. was kicked out recently for having a female coronavirus testing official in his room, setting a precedent for what the NBA would do if the rules were broken. However, the NFL doesn’t have such precedent, and thus there is a greater risk that someone or something could spread the virus.

Logistically, it is also very unlikely that the NFL could or would implement a bubble system. See, the NBA did it for the last few games of the regular season and the playoffs, where only a couple of teams with 15 players and a few additional staff were allowed in. In the NFL, there would be more teams, 55 players on each roster, and more staff members to accommodate the greater number of players. The risk of players and staff getting infected would exponentially rise, which would cause some players to sit out.

The biggest reason why the NFL wants to keep the seasons going is because of the money they are making. The Guardian notes that  “The NFL, for all its recent nods to social justice, is proud of its status as a moneymaking behemoth.” Now, the NFL may rack in around $15 billion every year, but is that amount of money worth the health of the players, fans, and coaches? The sustainability of the league is at risk, and the decisions that the commissioner makes will surely have long term effects. Many of the coaches are more than 50 years old, and as we know, Covid-19 tends to increase in lethality across older age groups. The death of coaches and legends because of incompetence by league officials would not bode well for the future of the league, no matter how much money they would make in the process.

What we as fans want is the sports of old, something that we can look at and know that it is just the same as it was a year ago. But the sports of today are not.

The Final Word: The NFL Should Reconsider Starting the Season