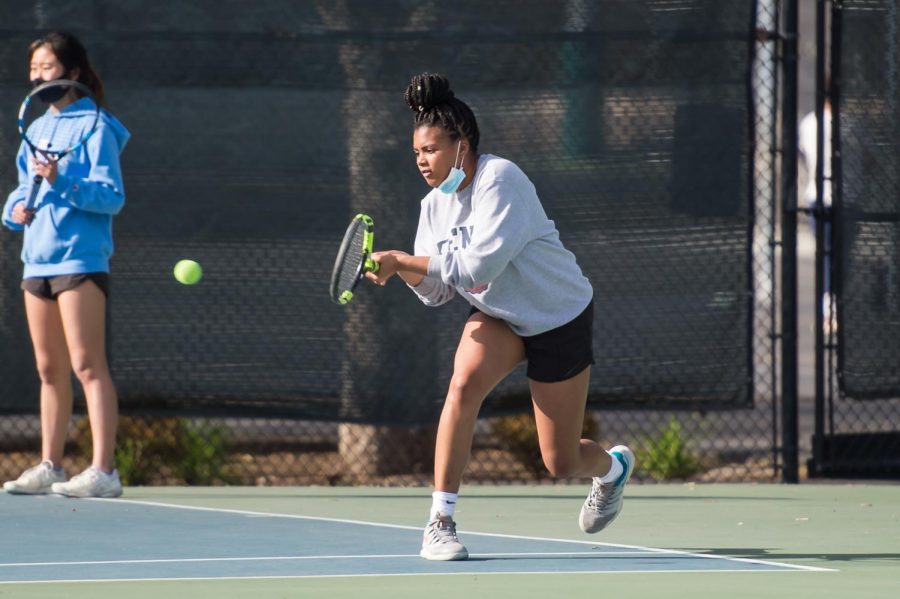 The Paly girls varsity tennis team defeated Cupertino at home yesterday in a close 4-3 match. After their game last Thursday was rescheduled due to rain, the Vikings bounced back from a tough loss to Monta Vista their last time on the court.

Yesterday’s match marked the beginning of the final week of competition for girls tennis, which is one of the season one sports. The last few games of the season are a cause for celebration, as the team has done very well this year, but also a time for reflection on a year like no other.

“It’s been an engaging season,” coach Andy Harader said. “It’s been different, though, because it’s been a lot shorter.”

A significantly shortened schedule has meant the Vikings only have a limited number of games to achieve a winning record. They knew that yesterday’s game against the Pioneers was going to be challenging due to their strong team and the added distractions of Senior Day and windy weather. However, Paly fought hard and escaped with a victory.

“Going in we knew that Cupertino was going to be tough,” #1 singles player Iris Li (‘22) said. “But we still pulled through with the win with some close matches.”

The win against the Pioneers gives the Vikings good momentum looking ahead into the week. They travel to Homestead today and Mountain View the day after, a packed schedule. With three matches in a row, the Vikings will look to extend their winning streak and close out the season on a high note.

The Vikings are back on the court today in an away game at Homestead at 3:30 pm. 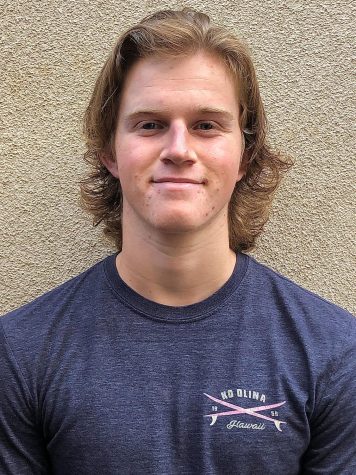 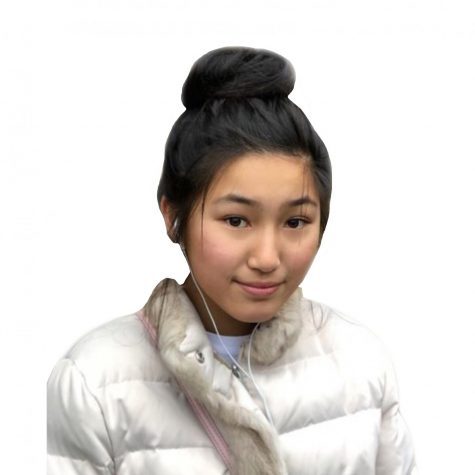