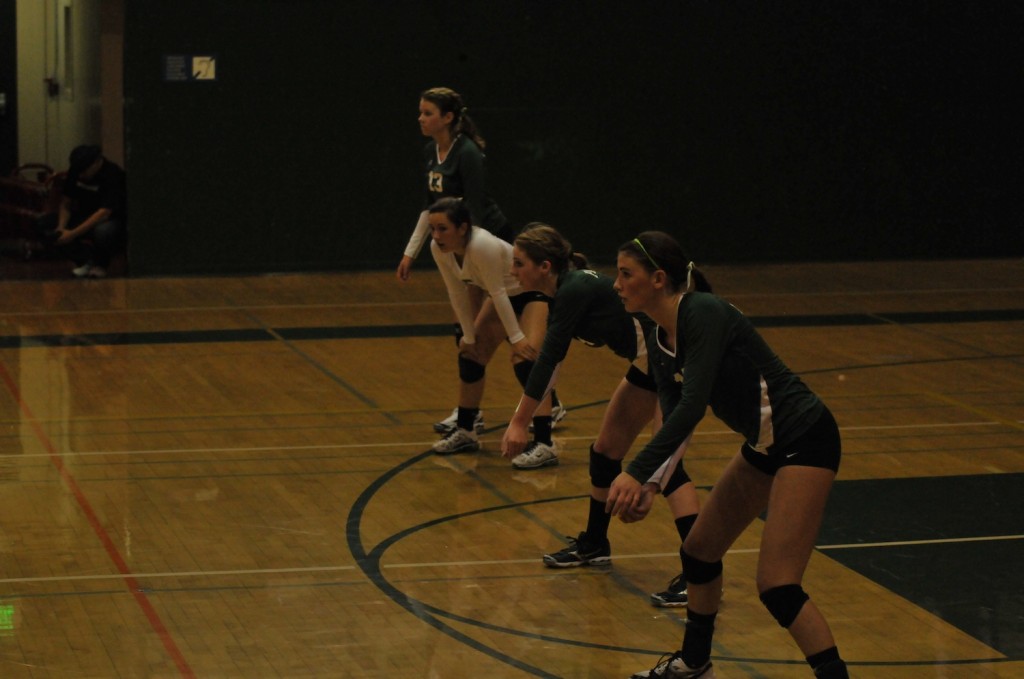 Although the Spartans began the set with a slight lead of 2-1, the Lady Vikes quickly retaliated and picked up their momentum, until they were leading 12-7 at the time of the first time out.

At the beginning of the second set, the Lady Vikes seemed to be getting into their natural swing. After being up 8-4, the Lady Vikes had a five point run due to their serve-receive and more kills from Raffel and captain Shelby Knowles (’13).

“Passing was kind of a struggle, but [the team] pulled it out, so thats good,” Jade Schoenberger (’15) said.

“It comes back to the serve and pass game, we were on in the first set and third set, we got big leads. But in the second set they started to ace us and we started to lose some confidence, girls were watching the ball fall,” coach Dave Winn said. “When we face good serving teams, we can’t afford to lose three, or four, or five points in a row.”

Paly began their third set strong and at the time of the first time out in the set, the Lady Vikes were dominating 8-2. The Spartans began to catch up with the Vikings after a couple out-of-bounds balls, until the score was 11-9.

Digs, kills, and improved serve-receive from Raffel and Keri Gee (’14) allowed Paly to finish off the set with a 25-19 win, winning them their ninth league match.

Overall, Winn was very pleased with the girls’ performance tonight.