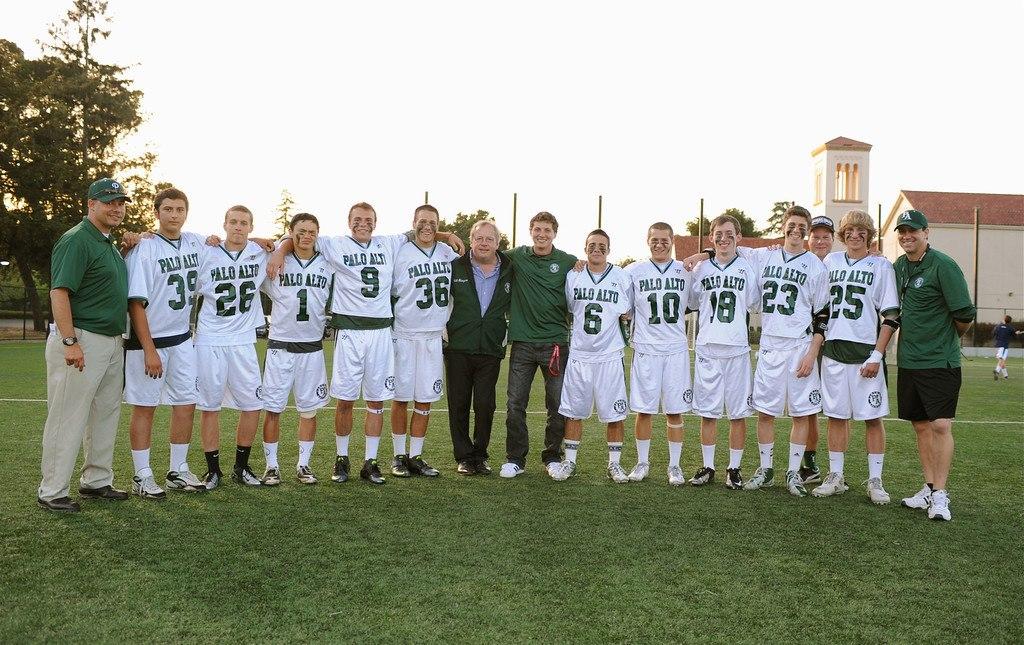 Conover (far right) with his seniors last spring. After five years with the team, he has parted ways with Paly lacrosse.

Craig Conover, head coach for the boys’ lacrosse team, announced that he will not be coming back this spring on Monday, Sept. 23.

Conover started the boys’ lacrosse program at Paly. He recently accepted a position at a startup company in San Francisco and no longer has time to commute to Palo Alto for practices. In the previous season, the team went 15-6 overall in the season. This would have been both Conover’s and the Paly lacrosse team’s sixth season. The Vikings won Santa Clara leagues four years ago and since then lost in semifinals.

“It will change the team dynamic, because he was pretty laid back but was still very strong the way he coached us,” James Harrison (‘14) said.  “He made us all determined to work harder while at the same time have fun.”

The 2014 season will begin January 31st for the Vikes.