Atheletes Are People Too – The Viking Magazine

Atheletes Are People Too 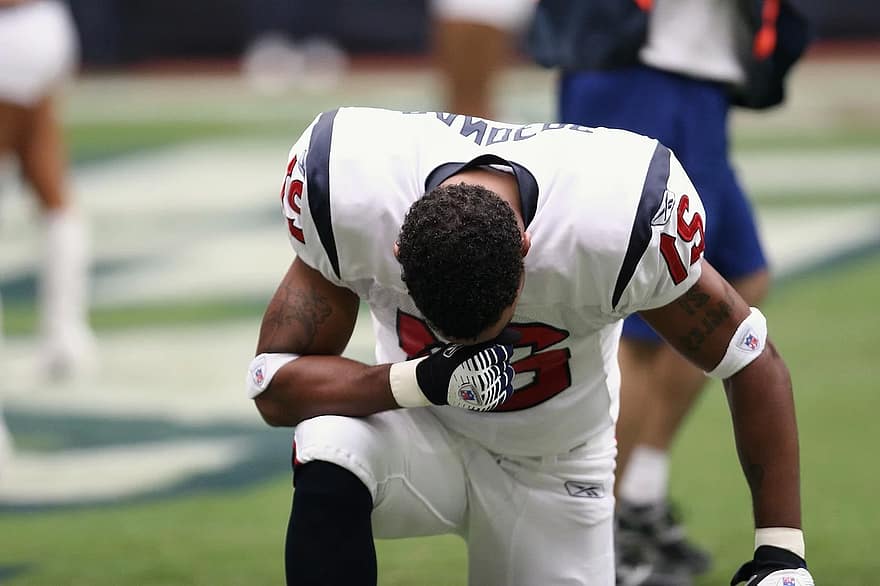 It is widely recognized that as fans, our main goal is to follow the game. We see ourselves as ordinary people and glorify those with specific physical talents because what they do is so rare that a person must be “special” to have them. Due to this dynamic we (sometimes) value their opinions more than the average Joe, but we also feel it is appropriate to talk about these athletes as though their entire life is black and white. Fans talk about busts, dropped passes and bad teams as though the opinion they have settled on based off of one news article is suddenly irrefutable. Many fans treat players like characters in a video game. They talk about who is better and worse and who they want to have on their fantasy team but they don’t treat them like regular people, with feelings and problems like the rest of us. Because they’re not. Because they’re “special”. Aren’t they?

As fans of the game and certainly as members of the media, we here at Viking have at least some (albeit small) influence over fans’ perceptions of players. But even publications like ourselves fail to see that what is on the surface isn’t always the whole story.

What prompted me to write about this subject was a video article posted on The Players Tribune by Vince Young, a legendary college football quarterback for the University of Texas. Young would go on to play for the Tennessee Titans, my favorite NFL team, and from what I heard from the internet and my father he had been a major bust.

So this person who I had never met and never had any problem with suddenly had a conclusion made about them from a random fan: myself. I concluded that he was a “bad” football player by NFL standards, and a small part of me believed that he was a worse person because of it. After all, he had wasted the time and resources of my favorite team, and if he had only worked harder he could have likely not been a bust.

This conclusion was one that I have held for the last couple of years, and while it’s not profound in any way, shape, or form, it is still an opinion that would have otherwise been held unless I had seen Young’s article entitled “The Real Vince Young”.

See, Vince Young wasn’t just any other athlete. He was the best. In college, he dominated defenses and led his Texas Longhorns to one of the most memorable national championships in college football history. With 94,000 fans watching on a 4th and 5, Young sprinted into the end zone to all but secure the win.

His selection 3rd overall by the Titans came with high expectations, but throughout his NFL career he failed to produce as much as fans and management expected.  Much of this was seemingly attributed to work ethic and natural talent, however that wasn’t the whole story.

Youngs father abandoned his family from an early age, leaving him to raised solely by his mother, who was strung out on drugs throughout most of his childhood. The only father figure that he really had was Steve McNair, an accomplished NFL quarterback for the Titans and Ravens who he met at a camp during his sophomore year of high school. However during his time in the NFL, Young had to deal with McNair being shot dead by his girlfriend just a year after his retirement. On top of that, his family and financial advisors mooched off of his earnings and led him into financially murky waters. As if things couldn’t get any worse, he also had to deal with the fact that every day, newspapers were posting articles about how bad a quarterback he was.

Vince Young was an amazingly talented quarterback with a difficult road to the NFL. However his experiences with the media and his family led to something different than he ever imagined.

“When I was playing in the NFL, they took the fun out of the game. That’s why I retired, that’s why I left the game. It was more politics” said Young in an interview with The Players Tribune.

Our goal as fans is to follow the game. So let’s follow it correctly, and not contribute to more stars leaving the sports that we love.

Atheletes Are People Too