Do Transgender Women Have an Advantage in Sports? – The Viking Magazine

Do Transgender Women Have an Advantage in Sports?

With the world rapidly evolving, more and more people are allowing their true colors and identities to show. Individuals are undergoing sex change, allowing themselves to express their own true way of expressing themselves; however, how does this change impact the world of female sports? Due to biological differences, do hormones, like testosterone, need to be regulated?

Recently, the Human Rights Watch demanded that track and field officials completely stop the testing of female athletes for their sex. They state that testing and restricting individuals based on their testosterone levels is both abusive and harmful. With the Tokyo Olympics being rescheduled, the controversy about intersex athletes is becoming a greater issue of concern.

Nonetheless, the World Athletics organization has a different stance on testing females for their testosterone levels. They believe that sex testing is necessary because of the assertion that an increase in testosterone levels poses an unfair advantage to those with less testosterone; it increases both physical ability and the motivation of athletes. Dr. Benjamin D. Levine, who studies athletic capability in sex differences at the University of Texas Southwestern Medical Center, said, “Testosterone builds muscle. It builds skeletal muscle, it builds cardiac muscle. It increases the number of red blood cells.”

With the information provided, World Athletics believe that their decision is necessary in order to maintain fairness in competition. This regulation, however, has a big impact on athletes like Caster Semenya, a South African runner.

With a rare genetic condition, Caster Semenya is an Olympic runner who has a two time winning title for the 800 meter dash. Her genetic condition causes her testosterone levels to be heightened and in turn are far higher than the average female. Nonetheless, the World Athletics require individuals like Semenya to suppress their testosterone levels and either undergo hormonal therapy or surgery before being able to compete in races. Semenya brought this case all the way to the Supreme Court, in hopes of being able to race in the 800 meter. However, the ruling posed a win for World Athletics, and Semenya was unable to defend her 800 meter title.

Semenya refuses to follow these regulations that suppress the way she was born and force her to change. Having fought her battle for over a decade, she continuously turns down the idea of going through any hormonal change for her race. She, instead, will attempt to race in the 200 meters at the Tokyo Olympics, which is not regulated with any testosterone restrictions. She will continue to advocate for the rights of female athletes and fight for what she believes is right and “until we can all run free the way we were born.”

The most recent guidelines for either trans women or women with higher testosterone levels require a declaration of gender of female to their state, and require a testosterone level of less than 10 nanomoles per liter for at least one year prior to the event.

All in all, these new regulations are set to preserve a fair competing ground where athletes can engage in their sports. Even though these actions can be regarded as discriminatory, both World Athletics and Human Rights Watch work in the best interest of the athletes and for a better future. 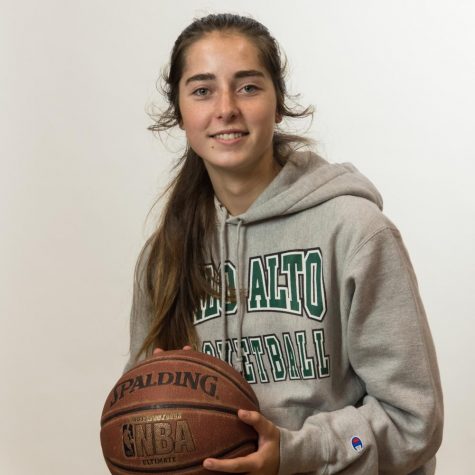 Do Transgender Women Have an Advantage in Sports?