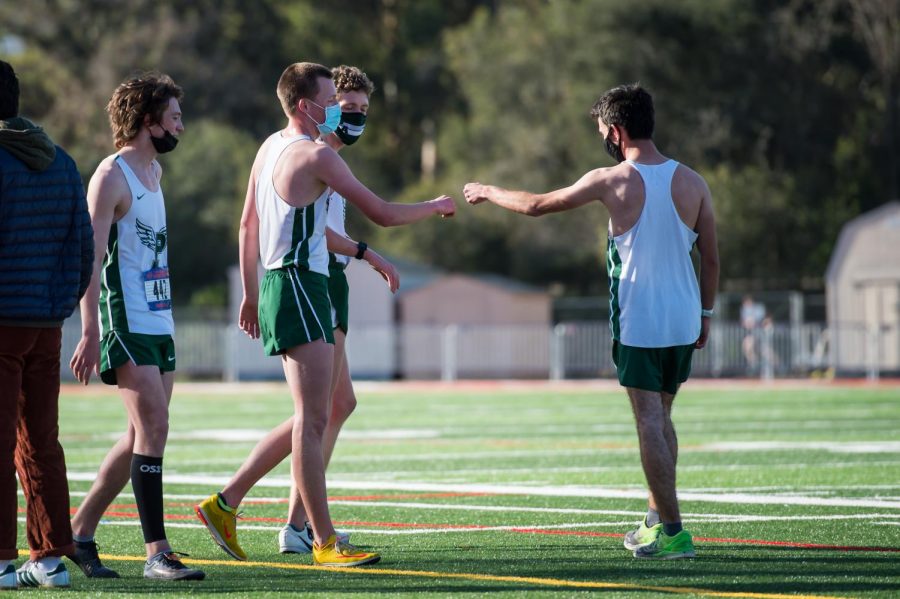 Both the Girls and Boys Cross Country teams defeated Mountain View and Los Altos in a three way dual meet on Saturday, March 20th, continuing their dominance in SCVAL play.

The boys team scored 21 points to Mountain View’s 54 and Los Altos’ 64, moving to 4-0. The girls team, which has struggled with depth at times this season, moved to 2-2 after edging Mountain View out 37 to 42.

Boys co-captain Alex Selwyn (‘21) expressed pride in the team following the extraordinary season full of individual and team accomplishments during the pandemic.

“It’s really remarkable that our team has been able to pull through with such strength and unity… every member of the team has done their part to continue to show up and sacrifice their time and effort with everything that’s going on,” Selwyn said.

Paly underclassmen continued to score critical points for the Vikings, with Grant Morgenfeld (‘24)  finishing first for the boys and Elizabeth Fetter (‘23) and Hillary Studdert (‘23) taking first and second place, respectively.

This is the penultimate meet of the cross country season; the Vikings will wrap up the Covid shortened season at the Baylands on Thursday looking to finish on a high note.

“We want to have a strong showing at league championships and as always have some fun getting out there and competing with such a talented group of runners,” Selwyn said.