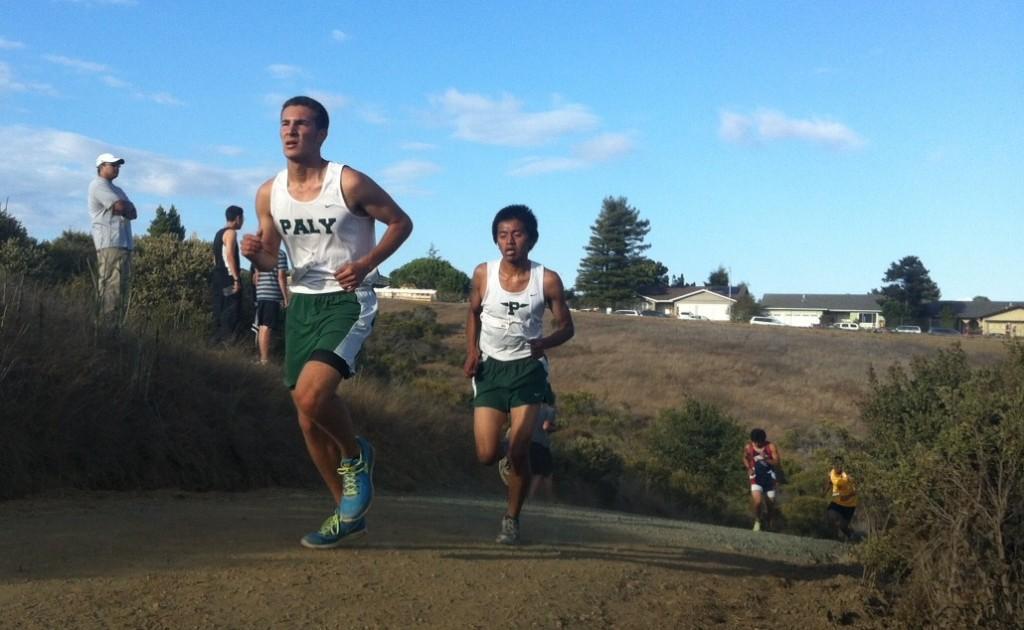 Will Kershner (’13) and Matan Geller (’13) take on Cardiac Hill at the Crystal Springs cross-country course.

Boys’ cross-country competed in the Santa Clara Valley Athletic League (SCVAL) Preview Meet Tuesday, with Nate Cook (’15) anchoring Paly’s fastest time for the 2.95 mile course (17:12.6) at 23rd overall and sixth in the sophomore race. The races were run by class, with the freshmen placing third, the sophomores placing first, the juniors placing fifth, and the seniors placing first in their respective races. The race was held at the Crystal Springs cross-country course in Belmont, which will be the site of the SCVAL finals later this month.

The boys take on their league competitors again on Tuesday, Oct. 16 at an SCVAL meet at the Baylands in Sunnyvale.