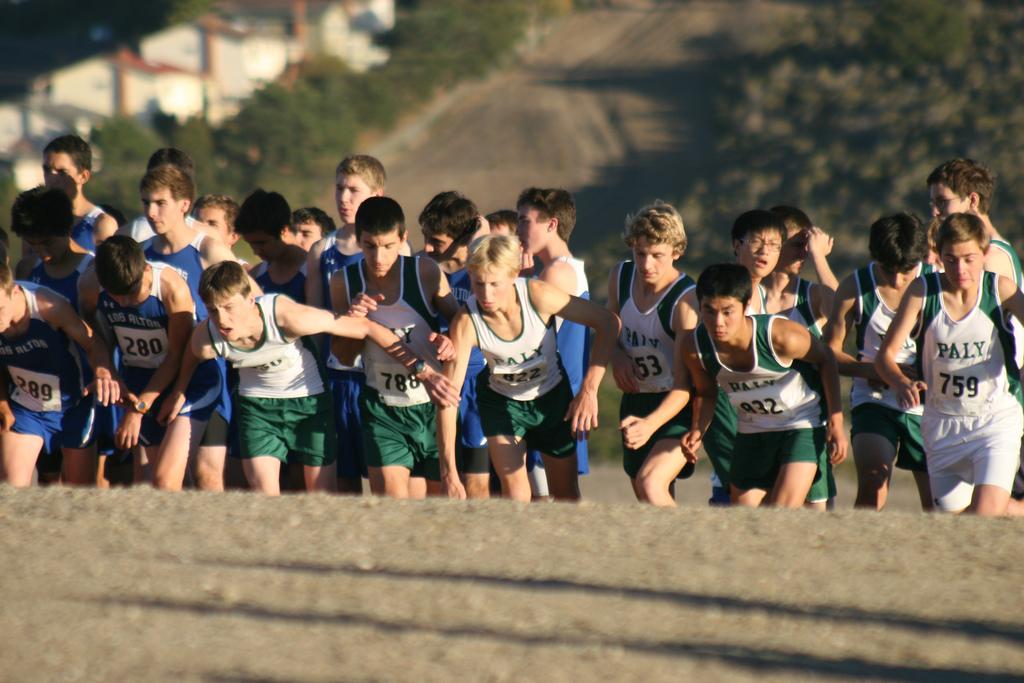 The boys team will advance to the Central Coast Section Championship meet next Saturday at the same location and compete for qualification for the state meet. This is the first time in four years that the boys teams has qualified for the CCS championship meet. Captain and varsity runner, Griffin Carlson (’16) attributes the successful season to the team’s new coach Kelsey Feeley.

“I think the difference of this year and the years in the past are that first of all we have a great coach, Kelsey Feeley, and we have a very young team.. which only means great things for Paly in the future,” Carlson said.

Matison was one of three juniors who competed in the varsity race while the rest of the team was made up of underclassman. Freshmen Kent Slaney (’17) and Kai Oda (’17) placed third and fourth respectively with times of 17:17 and 17:28.  The other top five (point scoring) runners were juniors Arron Chandler (’15)  and Jake Gurle (’15)  who finished 16th and 30th overall contributing to the Vikings low qualifying score.  Overall Feeley was very impressed with her team’s performance.

“I couldn’t be happier. Our varsity freshman and sophomore boys stepped up when they needed to step up, everyone got a PR (personal record)  today and it was just incredible to watch,” Feeley said.

The team will race in the CCS championship meet next Saturday with aspirations to finish in the top two teams for their division in order to qualify for the California State meet.

“It would be absolutely incredible for us to go to states as a team,” Feeley said. “I know we will have at least one individual going to state but the fact that we qualified for CCS this year which I know hasn’t happened for quite a few seasons in itself is more than I could have asked for.”