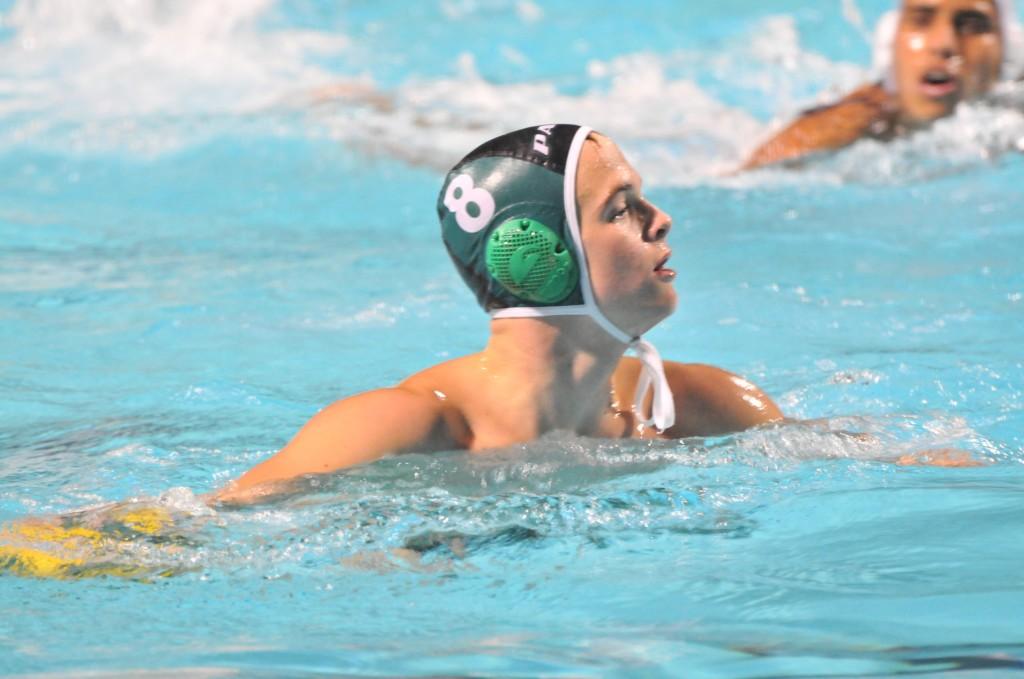 The Paly boys’ water polo team took on the Lynbrook Vikings in the first round of the SCVAL tournament, winning the game 11-8 in their home pool.

Coach Brandon Johnson voiced his approval of his team’s performance.

“It was good, I thought we played really well,” Johnson said. “We knew that they had a really good player, and we just had to know where he was at all times, and guard him.”

The first quarter started off fast with Lynbrook winning the first sprint. Despite losing the initial sprint, Paly quickly got the ball and Winston Rosati (‘16) put up the first goal, 30 seconds in, with a 5-meter penalty shot. Following a miss from Paly and two missed shots from Lynbrook, Sam Kelley (‘14) scored for the Paly Vikings with 3:09 left in the quarter. Their scoring continued when Andrew Jozefov (‘17) put up another goal for Paly, with just over 90 seconds left in the quarter. Jozefov’s shot ended the first quarter scoring, giving Paly a 3-0 lead going in to the second quarter.

After winning the second quarter sprint, Paly maintained their lead early in the quarter. With just over 2 minutes in, Kelley put up another goal for the Paly Vikings. Following Kelley’s goal, Lynbrook scored their first two goals, making the score at 4-2. With two and a half minutes left before the half, Paly’s Rosati found the back of the net for his second goal of the night. With 2:08 left in the quarter, Lynbrook pushed back with another goal to put the score at 5-3 before the half.

Paly came back strong in the third, with another three goals from Kelley putting the score at 8-3 and bringing his total goals for the game to five. Following Kelley’s goals, Rosati found the back of the net again to maintain Paly’s lead on Lynbrook. Late in the quarter, with less than a minute left Lynbrook retaliated with a goal to put the score at 9-4 before the final quarter.

The fourth quarter was dominated by Lynbrook, when they won the sprint and scored the first two goals of the quarter. Following Lynbrook’s goals, Paly’s Josefov found the back of the net with a 5-meter penalty shot, making the score 10-6. Lynbrook fought back strong, with another two goals at 2:04 left and 1:25, but Paly finished the game with a goal by Rosati in the last ten seconds to put the final score at 11-8.

The boys’ water polo team is working hard and is looking to improve on their weaknesses in order to succeed in the rest of the SCVAL tournament.

“Our defense needs to be intense for all four quarters,” Kelley said. “We kind of lost it in the fourth and we need to focus a lot more if we really want to win this tournament.”

Kelley’s comments were echoed by fellow teammate, who also looks to improve the team’s defense.

“We’re taking it one game at a time,” captain Ethan Look (‘14) said. “We really need to come out strong Friday in our game against Mountain View and be sure to shut them down on defense.”

The Paly boys will play Mountain View Spartans in the next round of the SCVAL tournament, on Friday November 8th at 4:20 p.m. at home. 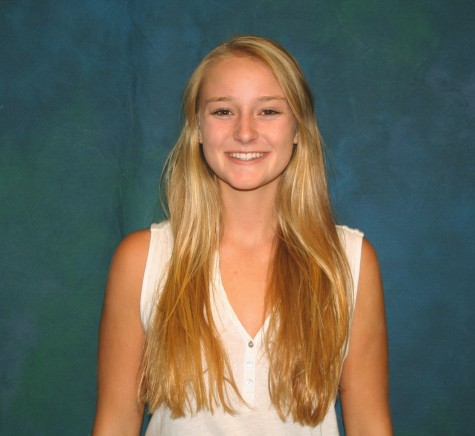 Paige is a senior and lacrosse for the Paly Vikings. She enjoys baking and traveling in her free time.