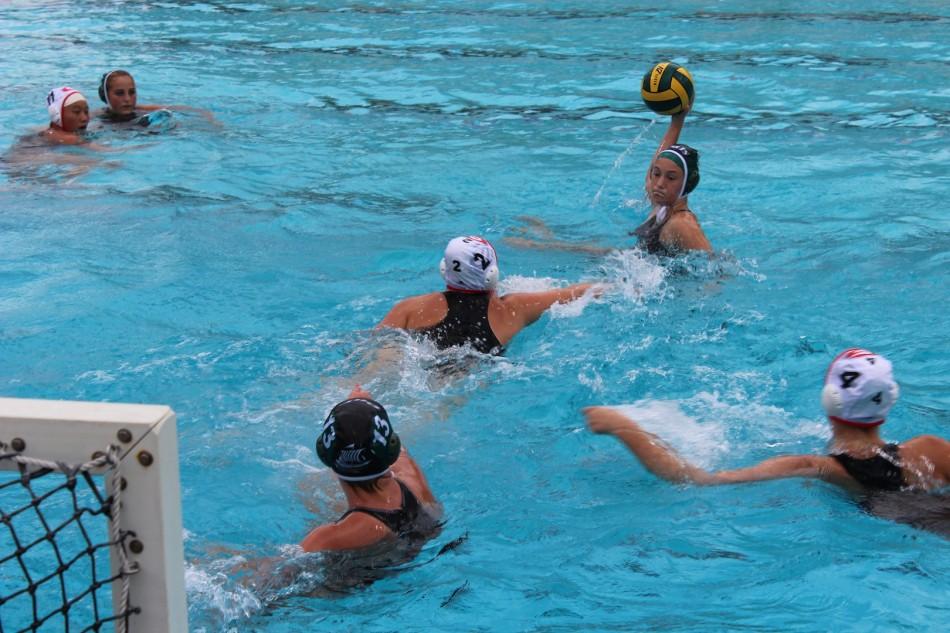 Katie Francis ('16) shoots and scores a goal against Gunn. She, along with several other juniors, will have to fill the void left by Tess van Hulsen ('15) and Olivia Scola ('15).

The Titans were first to score with 5:32 to play in the first quarter, and scored again in the second quarter. Katie Francis (‘16) scored with 1:35 to go in the half bringing the score at halftime to 3-1.

In the fourth quarter, the Titans pulled away with another goal. The Titans maintained their lead throughout, bringing the final score to 7-2.

Despite the tough loss, Coach Aileen Delaney praised her team’s performance and was pleased with the season.

“I thought our game went very well,” she said. “It was a competitive game the whole time. We played great defense against a tough opponent.”

Looking back on the season, Van Hulsen liked the progress her team showed and was sad that the season was coming to a close.

“I am emotional. I love playing at home in this pool, and have played in this pool for four years. It’s going to be hard to say goodbye,” she said.

Nevertheless, Van Hulsen will still be able to play in the league championship games.

“We will be back in our home pool for the first rounds of CCS,” she said.