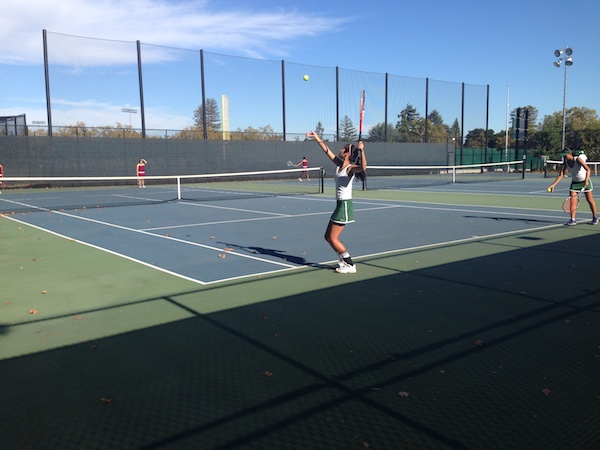 Senior captain Halle Biorn (`16)  commented on the match and the team’s performance despite the loss.

“I think we definitely have some things to work on, but we didn’t play badly” Biorn said.

As the second doubles team, Biorn and her partner Meredith Cummings (‘17) played doubles and lost their first set 7-5, won the second 6-2, yet lost in the third set 10-5.

Coach Andy Harader comments on the level of game play as well as external contributors to the game.

“It’s a matter of getting tougher and getting in better condition… it was very hot out as well. Given the conditions, the girls played very well.” Harader said.

The Vikings’ next game is Thursday, September 10th against Milpitas at home at 3:30 p.m.